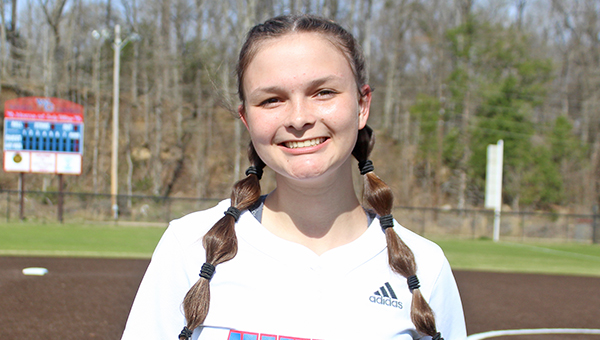 Warren Central softball player Jenn Smith had three RBIs in a 10-6 win over Clinton on Thursday.

For more than a decade, Clinton has befuddled, vexed, annoyed and frustrated Warren Central in the game of softball.

Finally, the Lady Vikes got to turn the tables.

Warren Central (12-7) snapped a 23-game losing streak against Clinton (9-11) that stretched back to at least 2010 and included one game earlier this season.

Kayleigh Karel hit an RBI double and scored on a single by Kennedi McKay in the first inning to stake Warren Central to a 4-0 lead. It added another run in the second and four more in the third — the latter rally was helped along by three Clinton errors — to make it 9-0.

Clinton rallied, however, scoring four runs in the fourth inning and two more in the fifth to cut it to 9-6 on a two-run single by Mikayla Bibb. Bibb finished the game 4-for-4 with a triple and two RBIs.

Pant entered in relief of starter Abby Morgan just before Bibb’s hit. She squashed the rally by getting three consecutive outs — two of them via strikeout — and retired the side in order in the sixth.

Clinton got two hits against Pant in the seventh inning, but the pitcher got a strikeout and a groundout to finish the game.

Pant allowed four hits and no walks in her three innings in the circle, and struck out five.