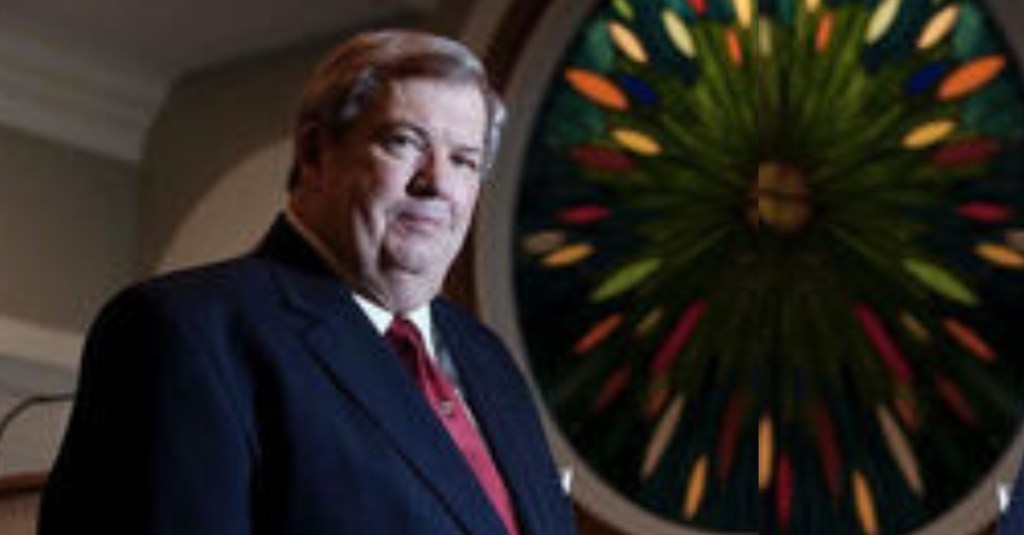 Riles left behind a legacy of charity, of friendship, and of lessons learned, according to those close to him. From covering the funeral costs of the Sisters of Mercy in Vicksburg to grieving with each family he encountered, Riles’ colleagues shared stories of his kindness and firm honesty.

A longtime friend of Riles and former co-worker at Riles Funeral Home, Charlie Mitchell, shared that his friend was “born to do what he did” as a funeral director.

“He dealt with death and dying every day, but a funeral never became routine for him,” Mitchell said. “He dealt with every family as an individual and respected them and that’s rare in any business. … It’s rare to have somebody to serve … they do it in a professional way in a way that just never becomes, ‘OK here’s another one.’

“To me, that was what was singular about him,” Mitchell added. “Even though he had conducted thousands of funerals, everyone was unique to the individual and to the family and they knew that. It never became routine.”

Kathleen Loviza Miles, who worked at The Vicksburg Post as a newsroom clerk for 20 years, corresponded with Riles almost daily as part of recording obituaries. However, Miles said, her respect and admiration for Riles extended beyond her professional capacity.

“You know, I don’t think a phone call went by that he didn’t tell a joke or make you feel better about the job you had to do,” Miles said. “I remember when I left The Post he sent me dead flowers and a gift card. That was Charles.”

She added that having grown up with Riles’ children, she saw the everyday side of his personality that many didn’t see. Riles, she said, was a jokester, a family man, and “a part of Vicksburg went with him, when he went away.”

Riles married into an established Catholic family in Vicksburg, and with that came a deep devotion to the nuns in the Sisters of Mercy, which was established in Vicksburg for more than 100 years.

Sister Mary Paulinus Oakes, a member of the order who was born and raised in Vicksburg and now lives in the Sisters of Mercy’s residence in St. Louis, Mo., said she was thankful for the generosity Riles showed the Sisters over the years, and that she was sad to hear of his passing.

Much of the artwork in Riles Funeral Home came from the Sisters of Mercy, she noted.

In his professional career, Riles acted as “Mr. Death” (as Miles called him) for more than 50 years and served as a boss, mentor and guiding light to those he left in his place.

“He was more than a boss. He was a dear friend and a mentor, and in a lot of ways like a second father,” said Jason Wood, Funeral Director and Manager at Fisher-Riles Funeral Home. “In the areas where I was weak, he was strong, and vice versa. And we made a great team. He will be sorely missed.”

Warren County Coroner Doug Huskey also shared that he will remember Riles as a “good man.”

“I enjoyed working in the funeral business and being around him. We were very good friends,” Huskey said. “I always got along with him. He had a knack for people and was a great speaker. He was a good funeral director. I thought the world of him.”

Mitchell summed up Riles’ genuine love for people in one word: humanity.

“He just loved people and he knew that we were people and the humanity aspect of us is what he enjoyed,” Mitchell said. “He was immaculate, kind of a perfectionist. Everything had to be as good as it could be and as orderly as it could be. He liked things that way and he didn’t settle for less.

A Mass of the Resurrection for J. Charles Riles will be held at 10 a.m. on Saturday, April 2, at St. Paul Catholic Church under the direction of Fisher-Riles Funeral Home.