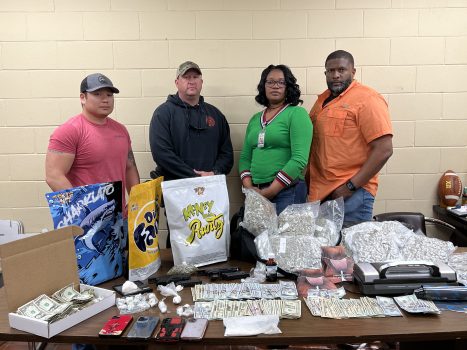 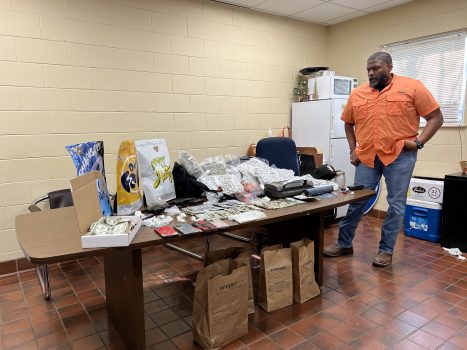 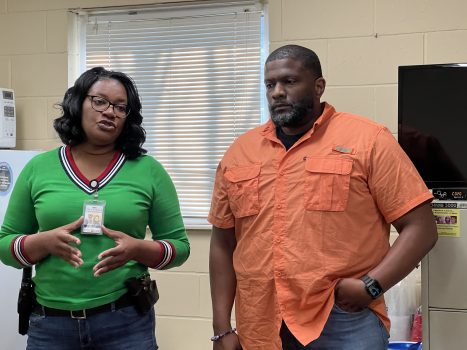 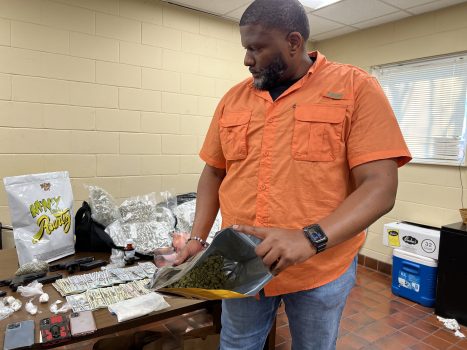 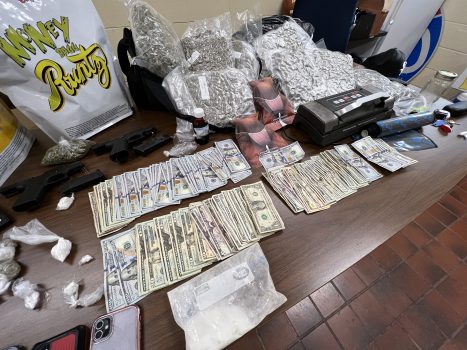 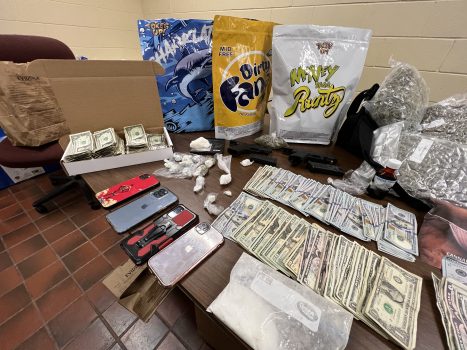 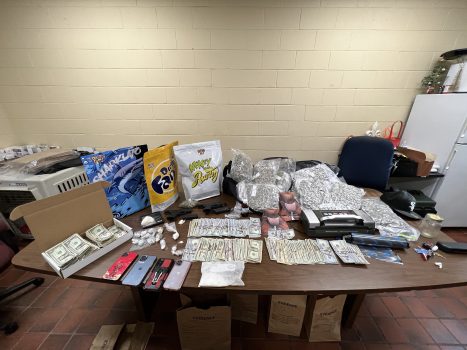 The Vicksburg Police Department on Friday morning announced its narcotics division had seized $65,000 worth of drugs and paraphernalia as part of “Operation Victory,” which was conducted on Thursday.

The bust was the result of a six-month investigation into drug operations at a residence in the 3000 block of Victory Avenue.

In total, VPD seized 11 one-pound, shrink-wrapped bags of marijuana, with an estimated street value of $55,000; $7,000 worth of methamphetamine and ecstasy; $3,500 of cocaine; and a bottle of codeine cough syrup.

The department also seized four cell phones, which investigators will dump information from to track down more individuals involved in the trafficking of drugs to Vicksburg; car keys; two firearms; more than $2,000 cash; a mid-2000s Ford Escape; a hat; and a shrinkwrap machine.

Investigator Mario Grady said a total of five individuals have been charged in connection to the operation. Their identities will be released Friday afternoon pending an initial court appearance. Grady said VPD is aware that the Victory Street residence isn’t the only site where illegal drug activity is taking place in the city, and more operations like this one are in the works.

“Anybody that has drug activity going on in their neighborhoods, go ahead and contact (the narcotics division). Contact the Action Line and they’ll contact me,” Grady said. “People have been calling, and said it looked like we hadn’t been doing anything. We were just waiting on the right time to hit this particular location.”

In addition to Grady, other points of contact within the VPD narcotics division are Sgt. Donnie Heggins and Investigator Matt Barnes.

Grady also issued a warning to those involved in illicit activity in the city of Vicksburg — they’re going to find you.

Vicksburg Police Chief Penny Jones also issued a warning, but this one was aimed at parents. Many of the items seized were in brightly colored packages or appeared to be the same size and shape as candy, she said, making it attractive to children.

“For our children, some of the things that we have seized, just me as an adult looking at it, I would actually think that this is something I could actually take and think it would be candy or some type of food,” Jones said. “So I definitely want the parents to be aware of what the children are bringing inside the home.

“You think your children are eating candy. They may be taking drugs,” she added. “You need to be careful as to what people are giving your children, especially with prom this weekend. We never know what perpetrators are out there wanting to make some money, and kids are very vulnerable. We definitely don’t want them to run into people that are doing things like this.”

Grady explained that drug traffickers will often shrink-wrap marijuana to conceal the smell in shipping. He also said it appears the majority of the substances seized as part of Operation Victory were purchased wholesale and shipped via the United States Postal Service or transported via personal vehicle to Vicksburg.

While he could not make a determination as to which state these drugs originated from, Grady said many items seized by the department lately have come from California.

Jones said she wants the citizens of Vicksburg to know that, even if it appears the police department is not acting against drug trafficking, they are — they’re just moving quietly.

“We certainly want the citizens to know that drug activity in Vicksburg is not unknown. You’re eventually going to get caught,” she said. “So this is just a small product of what you’re going to get. Just know there is more to come from the Vicksburg Police Department, where drug seizures are concerned.”