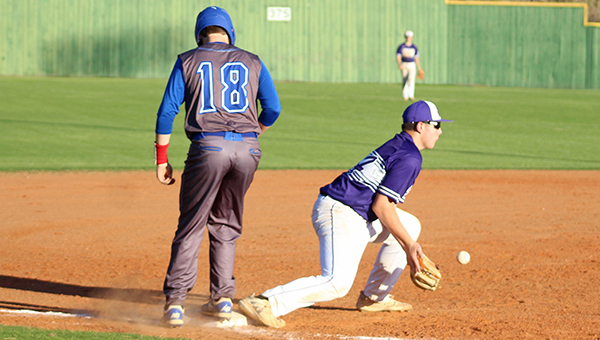 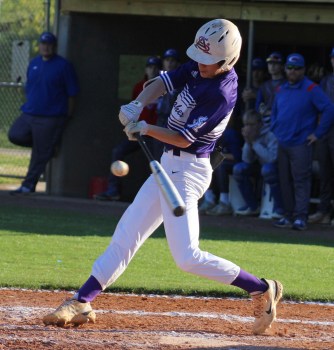 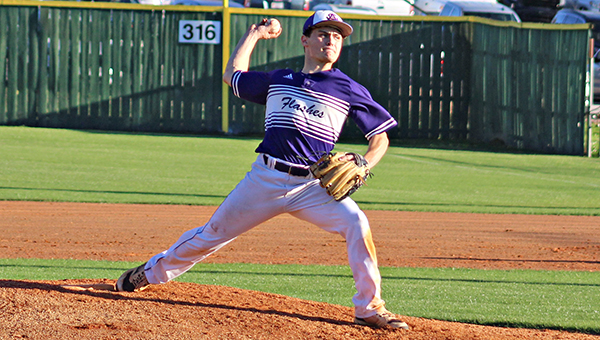 The St. Aloysius Flashes still don’t have any margin for error in their quest for a playoff berth. Thanks to a thrilling comeback, however, they can at least breathe a little easier for a few days.

Carter Magee hit a sacrifice fly in the bottom of the eighth inning to bring in the winning run, as St. Al defeated Copiah Academy 10-9 in the second game of a baseball doubleheader Friday at Bazinsky Field.

St. Al (5-13, 1-8 MAIS District 3-5A) needs to win five of its last six district games to earn a spot in the MAIS Class 5A playoffs. The Flashes face Cathedral next week and Adams County Christian School the following week in a pair of three-game series.

St. Al seemed on its way to being swept Friday before staging a big comeback in its last at-bat.

Trailing 9-6 entering the bottom of the seventh, the Flashes strung together four straight hits with one out to tie the game. Magee hit an RBI double and then scored on another double by Conner Gaul. Matthew Pitre singled and scored on a passed ball. Barrett Shows started the inning by getting hit by a pitch and scored on Magee’s double.

The Flashes escaped a two-on, one-out jam in the top of the eighth and then staged the winning rally in the bottom half.

A one-out single by Cole Autry and two walks, one intentional, loaded the bases. Magee hit a fly ball to center field that brought in Evan Gordon with the winning run.

Shows, Magee and Gaul all had two RBIs for the Flashes. Magee finished 2-for-4 and scored two runs, and Carson Smith also had two hits and an RBI. Gaul had a double and a triple.

With runners on second and third and one out in the top of the eighth, Copiah’s Tanner Hollingsworth hit a sharp comebacker. The ball caromed off the grass in front of the mound, then off the glove of pitcher Adam Francisco, and sailed past a drawn-in infield and into center field for a single.

Both runners scored to give the Colonels a 7-5 lead, and reliever J.D. Weed retired the side in order in the bottom of the eighth to close it out.

Weed also homered earlier in the game, as did Brayden Bankston. Hollingsworth finished 2-for-4 with three RBIs.

Gaul was 2-for-4 with a home run and two RBIs for St. Al, and Cole Autrey had two hits and scored a run.

Hayes Davis went 3-for-4 with four RBIs for Benton, and Ben Boggan was 2-for-5 with three RBIs and two runs scored.
Porter’s Chapel committed six errors — half of them in the first inning — that led to 11 unearned runs.

Offensively for PCA, Keller Bradley drove in two runs and scored two more, and Laken Bradley was 1-for-2 with one RBI and two runs scored.

Machen went 3-for-4 with a home run, double, two RBIs and two runs scored as the Trojans won game one, 13-2. Machen also had two strikeouts while pitching a scoreless fifth inning in the run-rule victory.

Cole Boyte had two hits and two RBIs in game one, while Todd Etheridge doubled and scored twice.

In game two, Etheridge went 2-for-3 with another double, two RBIs and two runs scored as Tallulah won 11-4. Etheridge also was the starting pitcher and worked four innings, finished with three strikeouts.