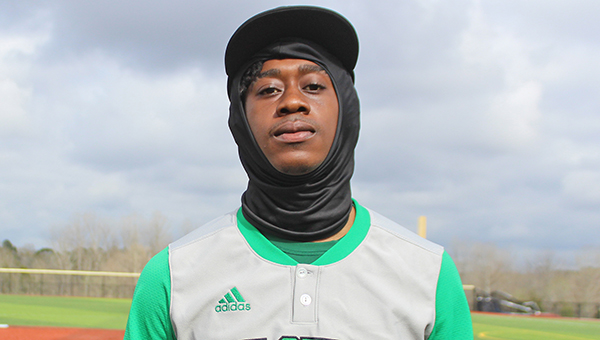 Vicksburg High baseball player Rashad McCroy went 2-for-3 with a double, two RBIs and three runs scored in a 14-0 win over Provine on Thursday.

Vicksburg High’s march toward a region baseball championship showed no signs of slowing down on Thursday.

Vicksburg (13-6, 7-0 MHSAA Region 4-5A) has outscored its region opponents 101-17 and posted three shutouts this season. Six of its region wins have come via the mercy rule, and it played a total of seven innings in two games with Provine this week. Provine elected to forfeit Friday’s rematch in Jackson, officially giving the Gators a 1-0 win.

Vicksburg has clinched a playoff berth, but still needs two beat Callaway twice next week to secure the region championship. They’ll play April 5 and 8 in Jackson, and April 7 at VHS.

Vicksburg used six walks and an RBI single by Decedric Brown to take a 5-0 lead in the bottom of the first inning, and a two-run double by McCroy helped push it to 9-0 by the end of the second.

Five more runs in the third, two of which scored on a single by Bass, and an easy inning by Harrigill ended the game.

The Vikings (8-8, 2-2 MHSAA Region 6-6A) scored eight runs over the last three innings to beat Terry (5-12, 0-3) for the second time in three days. The victory gave Warren Central the season series win between the teams, which is the first tiebreaker in determining playoff seeding.

Jack Wright doubled in two runs, then scored on another double by Cade Fairley during a four-run rally in the fifth inning that gave the Vikings an 8-3 lead.