OUTLOOK: Mutton Busting and Easter Egg Hunting: Next weekend’s events are sure to delight 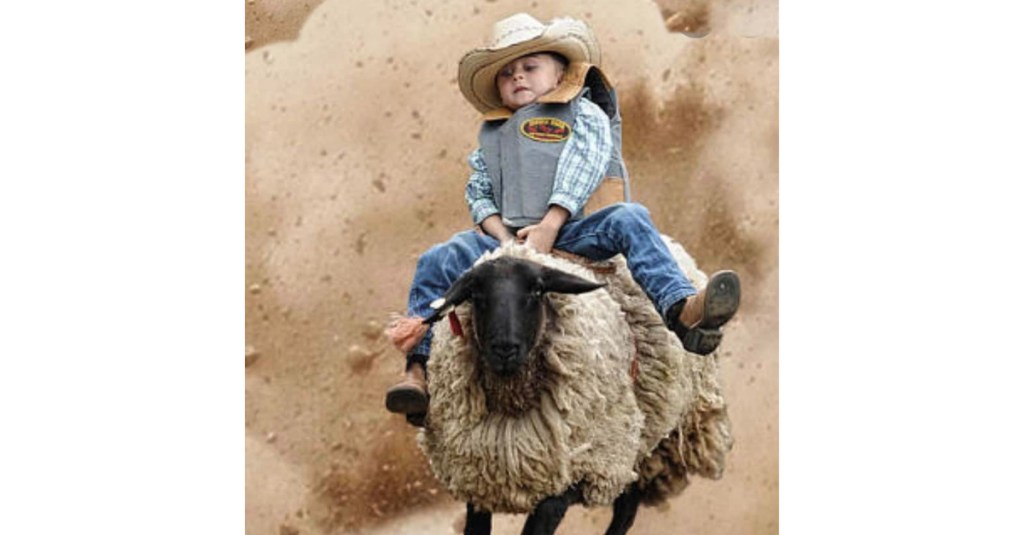 Whether it’s mutton busting or Easter egg hunting, spring has sprung, and it’s evidenced by the events planned for the upcoming weekend.

The Westside Theatre Foundation will get the weekend rolling with a live theatre production of “A Devil Inside” beginning at 7:30 p.m. Friday, April 8. Written by David Lindsay-Abaire, the play pays homage to Russian literature and has been described as a “gruesome, blood-soaked comedy.” Tickets are $15 and are available online at adevilinside.brownpapertickets.com, at the Highway 61 Coffeehouse at 1101 Washington St. and at the door, 717 Clay St. Showings will also be offered at 7:30 p.m. Saturday, April 9 and April 15 and 16.

The second annual Community-Wide Easter Egg Hunt, hosted by Vicksburg Main Street, will be held from 10 until 11:30 a.m. Saturday, April 9 at Washington Street Park. The event, which is geared for ages 10 and younger, will include an Easter egg hunt, games and prizes. Kim Hopkins, who serves as the executive director for Vicksburg Main Street, said last year 2,000 eggs were hidden for the children to find.

“This year we will have 4,000,” Hopkins said, adding local students and Main Street volunteers are helping stuff the eggs with candy and goodies.

In addition to the Easter egg hunt, the event will offer games and train rides.

“Sports Force is bringing their train out for us, so we will have the train there and of course, the Easter Bunny will be in attendance,” Hopkins said.

So be sure and bring the camera for pictures with the bunny, she said.

Also, as part of the Main Street event, cartoonist Ricky Nobile will be at Crawford Square from noon until 3 p.m. Hopkins said last year, more than 100 people attended the Community-Wide Easter Egg Hunt and she said she expects more this year. The event is free, and children are encouraged to bring their own Easter baskets. For more information, contact 601-634-5427.

Events include live music, performing arts, sidewalk sales, games, shopping and dining specials. Also, for those spending $25 or more with any downtown merchant, patrons can take their tickets to Peterson’s and Dontae’s Southern Kitchen to register to win $50 in Downtown Dollars. Second Saturday spotlights two downtown merchants each month, and April’s spotlight will be on these two businesses, Nelson said.

“We felt like it would be exciting to do a rotation and spotlight different businesses every month,” she said.

Nelson said organizers’ hopes are to grow Second Saturday events and invited others in the community to participate in different ways.

“Don’t wait for an invitation, just go for it,” she said, adding that this includes artisans, vendors and volunteers. For those interested in being part of or volunteering with Second Saturdays, Nelson said they could message the Second Saturday page on Facebook.

The Silver Creek Equestrian Club, 5025 Bovina Cutoff Road, is holding a rodeo, which is the third and last of a series, beginning at 2 p.m. Saturday, April 9. Events will include calf and steer riding, goat tying and pole and barrel racing.

There will also be goat ribbon-pulling and mutton busting — sheep riding — contests.

“The little kids don’t even have to have a horse,” Clint Thrash said, to compete in some of the events.

Thrash, who helps with the rodeo, said he provides the “stock” for the event.

There is a $20 entry fee per event and cash prizes will be awarded.

Highpoint buckles will also be awarded in each age group at the end of the series, Thrash said.

Thrash said more than 75 competitors competed in each of the first two competitions, and he gave credit to farm owner and operator of the equestrian center Laura Leigh Dorman, for the success.

“Miss Laura Leigh has started a good thing. It’s a good thing for kids. It’s something they can come do. It’s a family sport and everybody can come watch and see cowboys and cowgirls riding fast horses and spend the day together,” Thrash said.

Admission for spectators is $5 and a concession stand will be on site. Registration will run until the start of the rodeo. For more information, call 318-669-2249.

On Sunday, from 2 until 5 p.m. on April 10, the Southern Cultural Heritage Center, 1302 Adams St. has scheduled Easter Cooking and Crafts with Lana. The event is for boys and girls ages 4 to 9 years old, SCHF executive director Stacy Mahoney said.

“Lana Hand has done some classes like this before. She is awesome with the kids, and they have so much fun,” Mahoney said.

Activities for the event will include making pancake bunny skewers, decorating cookies and Easter peep houses, and making Easter slime. Registration is $45 and reservations are required by April 6. For more information or to register, call 601-631-2997 or email info@southculture.org.