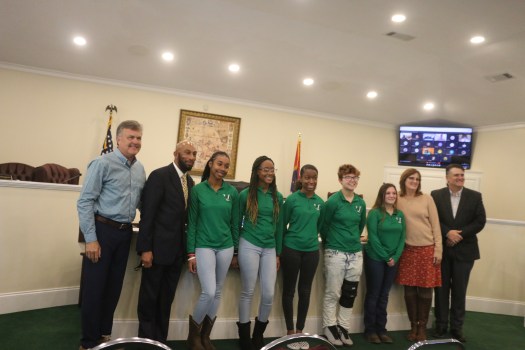 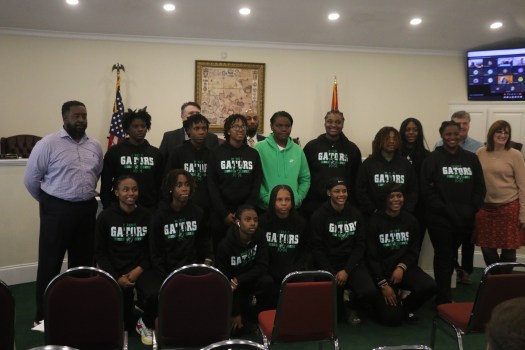 In honor of National Women’s History Month, which ended March 31, during the Vicksburg Warren County School District’s Board meeting on Thursday board member Sally Bullard recognized women and their contributions to Vicksburg’s successes.

“I thought about the ladies who came before me, and the first one that came to mind for me was Zelmarine Murphy. Zelmarine sat on this board for 30 plus years. She is a fierce public education supporter,” Bullard said.

National Women’s History Month was established in 1987 with the aim of honoring and celebrating women and the gifts they share with others.

Bullard, who is currently the only woman on the school board, also referenced Eva W. Davis as another woman in Vicksburg who gave back to her community. Davis had the fortitude, Bullard said, to “single-handedly” save the Old Warren County Courthouse, which now serves as a museum encapsulating the stories of the River City’s past.

Bullard then recognized Mary Francis Terry, the first Republican to serve in the State House of Representatives, as well as the women in attendance.

“In this gathering, we have elected officials, law enforcement, engineers, teachers, principals, attorneys, journalists, self-employed business owners, authors, CPAs, real estate moguls, bankers, Ph.D. and master’s (level degree recipients). There are also a few mothers in the audience that have made a sandwich or two, she said. I’m grateful to live in a community where you can pick up the phone and folks like this show up in support of each other.”

Bullard said measuring the impact of the women who were in attendance at the school board meeting made her proud and at the same time overwhelmed her to be able to recognize the “work and worth of these women in the community.”

Bullard also specifically recognized the accomplishments of women employed by the VWSD.

She said of the director positions in the district, 71 percent are held by females. There are also seven women in the school district who hold Ph.Ds. and 17 who have earned their master’s degrees.

And in doing so, Shealy took the opportunity to introduce some of Vicksburg’s young women, who he said were making “history” in the community — the Vicksburg High School girls soccer and basketball teams.

Both teams have also been recognized as scholar athletic teams, meaning as a group they have a compiled GPA score of 3.0 or above.