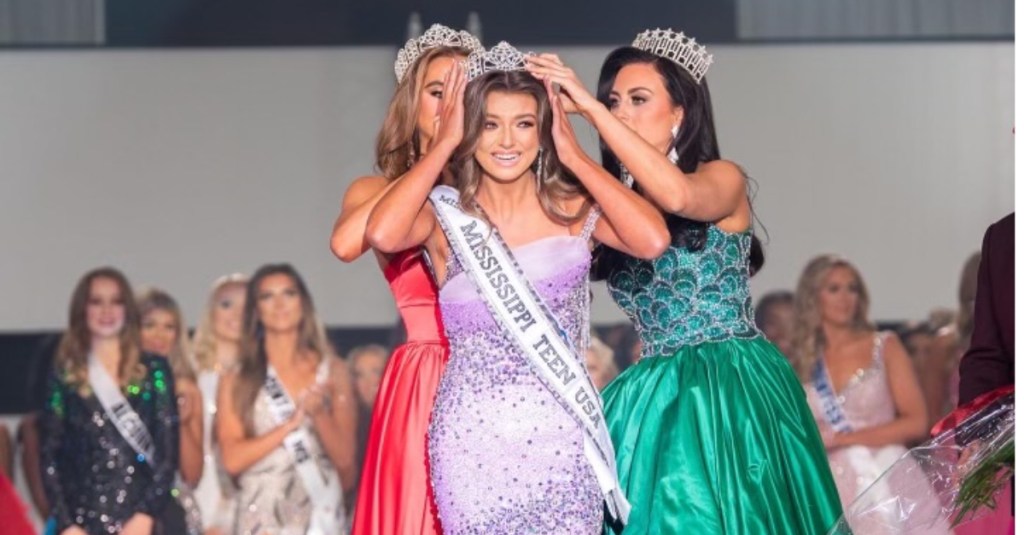 Dedication and hard work paid off for McKenzie Cole.

There may have also been a little bit of divine intervention when last weekend the 15-year-old St. Aloysius sophomore competed in the Miss Mississippi Teen USA competition and walked away with the title on April 2.

“When that crown was placed on my head, it reminded me of my grandfather who had just passed away — Ricky Lowry — and I knew that he was placing his halo over me,” Cole said.

Although Cole said she felt her grandfather’s presence when she was crowned, she said she was shocked when her name was called.

“I was standing there and hoping my name would get called because I have worked so hard for this opportunity,” she said.

This was Cole’s second attempt at the title. Last year she had been first runner-up to Miss Mississippi Teen USA.

The competition, which is a three-day event, was held at the Pearl River Resort in Choctaw.

The first day, teens check in followed by morning and afternoon rehearsals for the production.

On the second day, Cole said, judges’ interviews were held during the day and that night kicked off the first round of preliminary competitions. Contestants compete in activewear, evening gown and interview.

Cole said to prepare for the competition, she practiced daily with her interview coaches as well as walked in her evening gown and fitness wear.

For her platform, Cole chose to focus her attention on bullying.

“There are 35,000 teens who struggle with mental health and bullying in the state of Mississippi, and my platform has do with bullying and it is called, ‘We’re in Your Corner,’” she said.

Cole said she is available for speaking to school students on the issue and if anyone would like to request an appearance, they can visit www.missmississippiusa.com/mississippiteen.

Cole, who was one of 36 contestants who competed in the Miss Mississippi Teen USA competition, said she is excited to have the opportunity to represent the state of Mississippi in the national competition.

“This is a big dream of mine and an accomplishment, and I am so proud to represent my state in Miss Teen USA and promote my platform,” Cole said.

The date of the national competition has not yet been determined.