Gators shut out Callaway, stay perfect in Region 4-5A 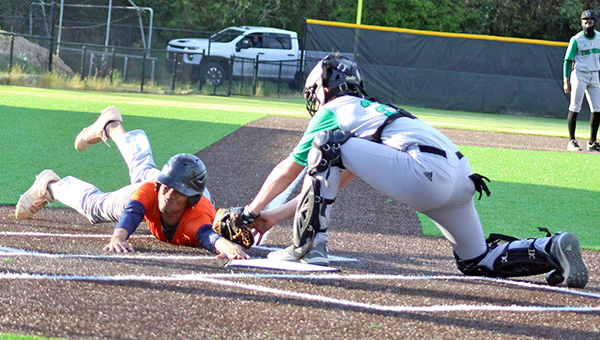 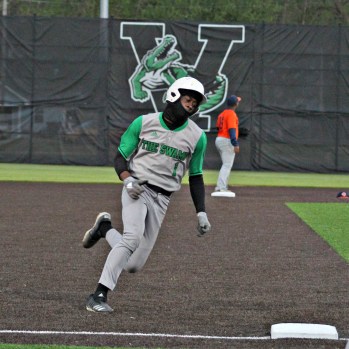 Vicksburg's Rashad McCroy (1) rounds third base on his way to scoring a run against Callaway. (Ernest Bowker/The Vicksburg Post) 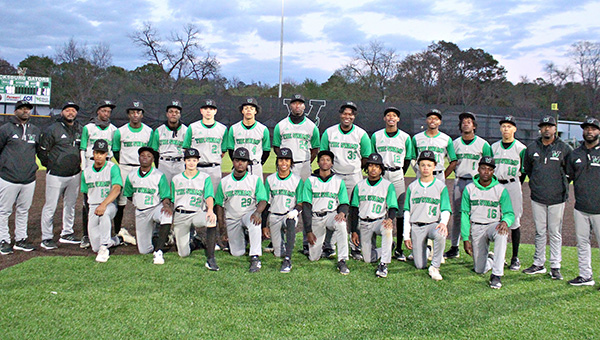 Except for the group photo they posed for afterward to celebrate their region championship, Vicksburg High’s latest region romp was just another night at the office.

Rashad McCroy went 2-for-2 with a double and three RBIs, Conner Harrigill also had two hits and three RBIs, and the Gators hammered Callaway 16-0 Friday night at Showers Field.

The Gators wrapped up the MHSAA Region 4-5A championship with a doubleheader sweep of the Chargers Thursday in Jackson. They waited until they got back on their home field to take the celebratory picture, though, and snapped it with two weeks still to go in the regular season.

“We take it one game at a time. If we win it or we lose it, we analyze it and move on from it,” Vicksburg coach Antonio Calvin said. “For us, this is just another win. I try to nitpick it with a fine-tooth comb to find something we can improve upon.”

Vicksburg (16-6, 10-0 Region 4-5A) remained undefeated in region play and ran its run differential against league opponents to 146-17. Included in the 10 wins are six shutouts and three no-hitters.

“We come out with the same mindset every game. We’re trying to get it over with in three innings,” McCroy said.
Callaway had one hit — an infield single by Larry Miller in the second inning against four VHS pitchers Thursday. It was its only hit in eight total innings across three games.

Vicksburg scored 11 runs in the bottom of the first as 15 batters came to the plate. It finished with nine hits, and every starter reached base and scored at least one run.

McCroy, Harrigill, Decedric Brown and Braylon Green all had RBI singles in the first inning.

Vicksburg still has two region games left next week, both at home against Forest Hill and Jim Hill, as well as several non-region contests. They’ll head to Ridgeland on Saturday for a 2 p.m. game against a potential second-round playoff opponent.

All of the remaining games are now tune-ups for what lies ahead in a few weeks.

“It’s exciting times for us, but we don’t want to harp on it too long,” Calvin said. “We talked about it (Thursday) and said let’s move on from it because we’re looking toward the playoffs and who we might have to face, so we have to prepare ourselves mentally and physically for that.”