HERO OF THE WEEK: Lieutenant Colonel Crystal Batey is proud to serve 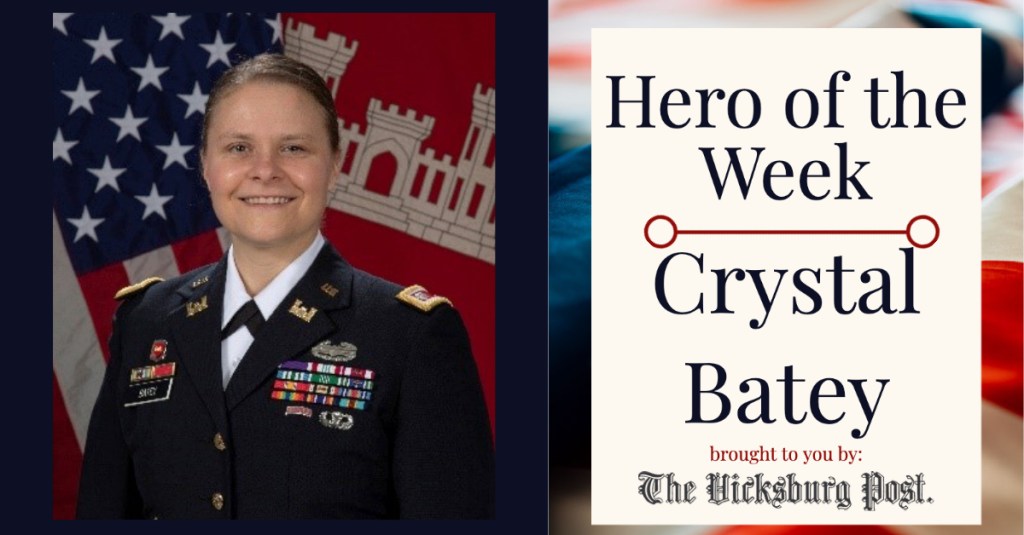 This week’s Vicksburg Post Hero of the Week is Lieutenant Colonel Crystal Batey.

Which branch of service are you in, and what years were you active?

I am in the Army serving on Active Duty. Come June, I will have 19 years of active service.

My grandpa was an armament specialist in the Army-Air Corps during World War II, and my Dad was a combat medic in the Army during the Vietnam War. I admired both, and have always had a love for the U.S. and a sense of duty to stand up for others.

What is your job in the military?

When I enlisted in the Army Reserve in 1998 I was a 51B, carpentry masonry specialist. In 2003, I received my commission as a 2nd Lieutenant onto active duty through the Reserve Officer Training Corps (ROTC) from North Dakota State University in the Army as an Engineer Officer.

I have been stationed in several locations including outside the United States in Germany, Iraq, Kuwait, England and Bulgaria. My state-side assignments include Fort Bragg, N.C.; Fort Leonard Wood, Mo., and Vicksburg, where I am currently serving.

How did you imagine military life before you joined?

Growing up, I thought that everyone in the Army rode around in tanks, and spent the majority of their day either at an obstacle course or on the firing range shooting their rifle. Little did I know how wrong I was. Actually, the only time that I have been in a tank is when there was a tank on display at a recruiting event.

How did your perceptions change after serving?

Since I am currently serving, I take every opportunity to ensure my Soldiers are the best-trained they can be, whether that is sending them to school for professional development or personal development, or scheduling time in the field environment to hone their Warrior skills such as road marching and firing both personal and crew-served weapons. Being an officer and leader, I spend much of my day in an office setting working on future plans and administrative paperwork. I strive to take advantage of every opportunity to ensure that the U.S. Army remains the best Army in the world.

PRIDE — in all that I do. When I see something I don’t like or is just wrong, I get involved to make a positive change. I have a saying: You can’t complain about what you don’t get involved in to change. Especially since having kids, I model the example that I want my kids to aspire to be.