William L. Archer was born on January 21, 1923, in Kopperl, Texas, to William L. (Lonnie) and Elsie Sanders Archer. He graduated from Kopperl High School in 1941 as Valedictorian. He attended John Tarleton College on a football scholarship and in his second year there, went into cadet training during World War II. He served as a B-17 co-pilot in England where on his 25th mission the crew had to bail out over Belgium, which had just been liberated from the Nazis. On his 26th mission, he was wounded severely, and after recovering he could have stayed for 5 more missions and been promoted to Captain, but after two “close calls” he felt the war was getting “too dangerous”, and chose to come home. He was stationed then at Mathis Field in San Angelo, flying cadet bombardiers. He was awarded the Distinguished Flying Cross, as well as other medals for his service. He stayed in the Reserves and was later promoted to Captain. He met Nita Allen Archer on his first day in San Angelo, whom he courted and later married August 23, 1946, at the San Angelo First Christian Church (Disciples of Christ). They were blessed with four children: William L., Jr. (Lance), Rebecca Louise, Timothy Allen, and Susan Rosemary. Together, Bill and Nita knew faith in God, faithfulness in each other, the blessings of children, family and friends and the value of hard work.

Bill and Nita started The Floor Covering Shop in San Angelo in 1948, and the children worked in the family business during their school years. Bill was renowned for his skills, decorating expertise, and work ethic. The business continues today and is operated by Tim and Babbie Archer as Archer Floor Covering. Bill was an outstanding athlete in his academic years and also in the Army Air Corps, where he received a trophy for being the outstanding cadet athlete. He remained an active athlete all of his life. He was one of the first people to waterski on Lake Nasworthy. All of his children’s cousins and friends experienced the joy of waterskiing because of Bill’s patient instruction. He invented the Lam-Pro Formica covered waterski and marketed it with his partner, Henry Lancaster. He later sold the business to concentrate on his floor covering business.

Bill and Nita were active members of First Christian Church (Disciples of Christ) for over 75 years, and served as elders for many years. They also taught in the Primary Department of Sunday School and sponsored youth groups. They enjoyed and appreciated the fellowship of the Henson Class, as well as the rest of the Church family. Bill served on many committees at the church and especially enjoyed the Property Department where he was always available to build or repair. He was a gifted craftsman who enjoyed work and the personal joy of a job well done. In his business, he appreciated his employees and never asked them to do what he was not willing to do himself.

Bill and Nita enjoyed traveling to many places in the world, but most of all loved their lake home in San Angelo and family gatherings. For many years, Bill and Nita played bridge in two couples’ clubs. In their retirement years they enjoyed restoring Bill’s grandparents’ 1884 home in Kopperl, Texas for a family retreat. They also acquired Nita’s family farm at Silver, TX and spent happy hours working there. They enjoyed many trips with the 447th Bomb Group, which included members of Bill’s B-17 crew from World War II.

Bill is survived by his four children, eight grandchildren, and nine great-grandchildren: Lance Archer and wife, Linda of San Angelo; Rebecca A. Hardeman and husband, Bryan, of Austin, Texas, and their children; Will, his wife Anna, and their two girls Lily and Poppy, Genny, her husband Chris, and their children James William, Margot, and Reese, and Joy, all of Austin; Tim Archer and wife, Babbie, of San Angelo and their children, Adrianne A. Graves and her daughters Gigi and Evelyn, of Houston, Libby A. Cooper, and husband Nick and their sons Wells Lanier and Jones of Tulsa, Oklahoma, and Molly Archer; Dr. Susan A. Chiarito, and husband Vince of Vicksburg, Mississippi and their children, Mary Alyce of San Angelo and Cicily of Cleveland, MS. Other surviving relatives include: his nephew, Fr. Tom Lowe and wife Glenna of Las Cruces, NM; his cousins David Lanehart and Cindy Martin, Chuck and Paula Lanehart, their daughter Lindsey Craig (Rob) and their son Lee, all of Lubbock; and numerous nieces and nephews on Nita’s side of the family.

Bill loved his family and friends, his church, our country and appreciated each day of life. He was a “solid rock” to his family. 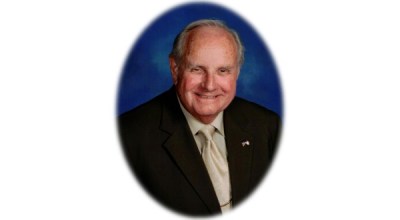