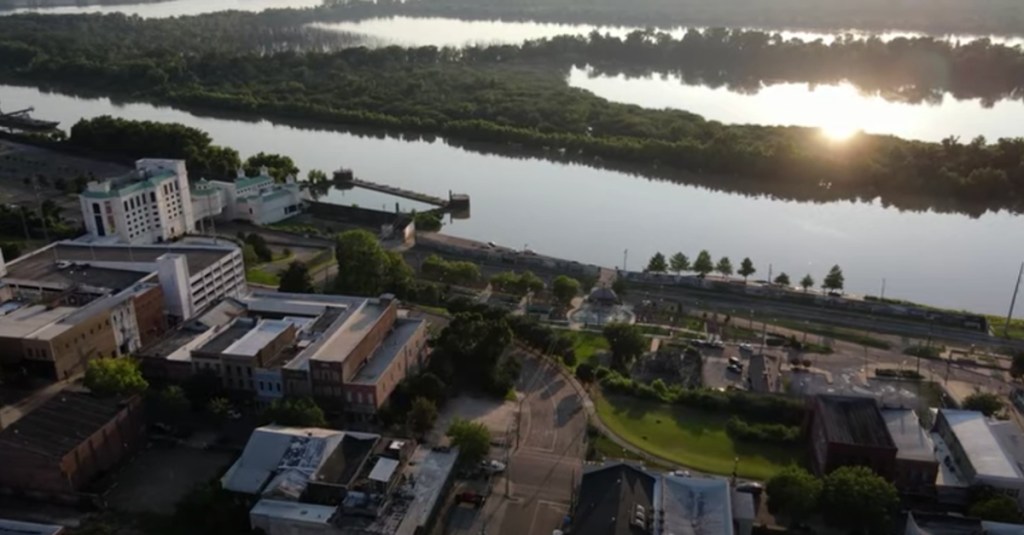 An aerial shot of Vicksburg as seen in the trailer for "Lies My Sister Told Me," a Lifetime movie filmed in the area that premieres on May 1.

Vicksburgers will soon be able to see themselves on the small screen, as the Lifetime movie “Lies my Sister told Me” is set to premiere on May 1.

Crews converged on Vicksburg in the summer of 2021, spending more than a week in the River City scouting locations and filming. A number of local sites and residents can also be seen in the film, formerly titled “My Stolen Life.”

Filming locations for “Lies my Sister told Me” include the B.B. Club, the Southern Cultural Heritage Center, the waterfront murals, Anchuca and the house at 1219 Adams St., which Vox said was one of the reasons he chose to film in Vicksburg.

Locals were also used as extras for the film. Police Chief Penny Jones, who will be in the movie, helped pull together a police chase for the movie. Kendra Reed, owner of McRaven and Belle of the Bends, will appear in the film as well, and many of the interior scenes were shot in her home.

Magnolia Bailey Guizerix, daughter of Vicksburg Post managing editor Anna Guizerix and Chris Guizerix, will appear in the film in a flashback scene.

To watch the trailer for “Lies my Sister told Me,” click here.