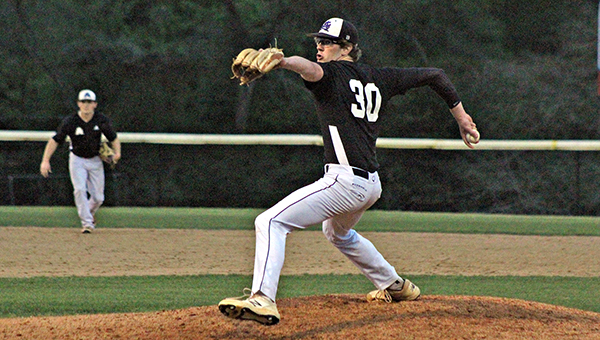 NATCHEZ — A disappointing baseball season for St. Aloysius is winding down in much the same way the rest of it went.

St. Al (5-17, 1-11 MAIS District 3-5A) was eliminated from playoff contention last week. It will finish its season with a home doubleheader against ACCS Wednesday at Bazinsky field, weather permitting.

Flashes coach Sid Naron said the team will want to finish strong whenever they play their last two games.

“We want to finish strong and send our guys out on top. We also have to give our younger guys some experience,” Naron said. “This season hasn’t gone well for us. Our biggest objective is to finish the best we can, fight all the way through, and start building towards next year.”

St. Al had four hits in the game and left six on base. Matthew Pitre pitched 3 2/3 innings and struck out five batters in the loss. Adam Francisco hit an RBI single in the third inning to bring in the team’s only run.
ACCS pitcher Jack Krevolin had an excellent night on the mound. He threw 6 2/3 innings, allowed four hits and three walks, and struck out nine batters.

D.K. McGruder was the Rebels’ team’s star of the game, though. The senior played centerfield, second base, third, first, shortstop and pitcher and recorded an out at nearly every one. He pitched a third of an inning in the seventh to close out the game on a soft popup to the mound.

One of the outs he made was an over-the-shoulder catch against the fence in foul territory. He had covered a lot of ground from first base and got to the ball before the right fielder.

McGruder said he knew he would have a chance to play multiple positions.

“It was a great experience to go out and play at every position,” he said.

As players left the ballpark, McGruder took time to take picture with players and fans. A gift basket filled with snacks and a silver No. 7 sat on the field for him. It would be the last time he packed his bag and stepped off the field at ACCS.

“It’s kind of emotional knowing it is my last time playing high school baseball on this field,” McGruder said. “It has been great. I have made a lot of close friends here. It’s been good. I really like AC. I just try to come away with a dub in these last few games. I feel like we came together. We trust each other, and we have each other’s back.”

PCA (11-6, 5-2 MAIS District 3-3A) took advantage of two errors, two walks and a hit batter to score its runs in the fifth inning without getting a hit. One run came across on a bases-loaded walk to Chase Hearm, and two more on a misplayed grounder off the bat of Laken Bradley to put the Eagles ahead 3-1.

Palmer allowed nine hits and two walks, but only one run in the first six innings. He was lifted with one out in the seventh after Deer Creek loaded the bases on three consecutive singles.

Taylor LaBarre replaced Palmer and hit the first batter he faced to force in a run. LaBarre then got Steen Buchanan to hit a grounder back to the mound that started a game-ending double play.

LaBarre earned his third save of the season.