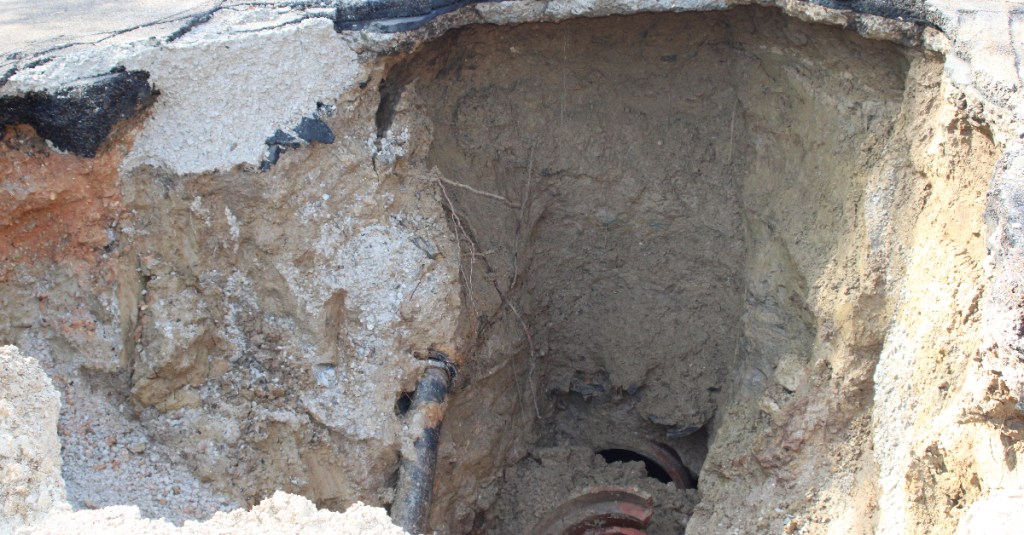 A sinkhole opened up on Cherry Street Wednesday morning following heavy rains. A portion of the street is closed while crews work to replace the 100-plus year old terra cotta pipe. (Photo by John Surratt)

“We’ve worked on that pipe I can’t tell you how many times in the 30-something years I’ve been with the city,” Van Norman said. “We’re probably going to have to declare an emergency to have it replaced, because it’s too deep for our guys to work on it. It’s 13 to 15 feet deep and the whole thing has to be replaced with a larger pipe to be done with it.”

He said he has not discussed the problem with Mayor George Flaggs Jr., adding he is meeting with the mayor on Thursday.

Van Norman said the line needs to be replaced from a manhole cover further south on Cherry Street to Glass Bayou, where the line discharges the runoff it carries. He said a city crew recently repaired another section of the line that collapsed.

“It’s past its useful life,” Van Norman said. “There’s so much water that goes down it that when it rains hard, it blows the manhole cover off the manhole.”