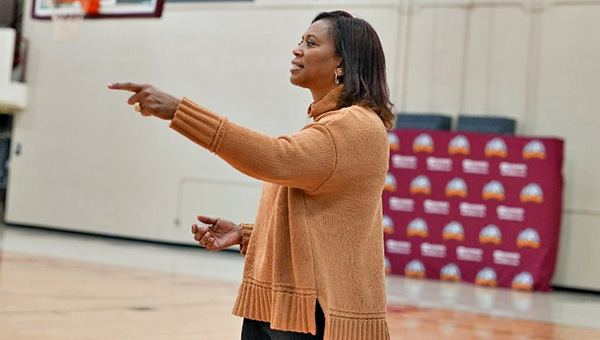 Jackie Martin-White is heading back to high school.

The Hinds Community College women’s basketball coach is leaving the junior college to lead the girls’ program at Long Beach High School. The Sun-Herald reported that Martin-White’s hire was unanimously approved by the Long Beach School District Board of Trustees on Tuesday.

Martin-White, a Vicksburg native, compiled a 130-116 record as Warren Central’s girls’ head coach from 2010-18. She was an assistant with the Lady Vikes for three years before that.

Martin-White is also a Warren Central graduate who starred at Ole Miss from 1988-92. In 2008 she was inducted to the Ole Miss Athletic Hall of Fame.

“I’m excited to bring my playing and coaching experience to the program and offer young ladies the opportunity to connect with someone who can help them reach their full potential,” Martin-White said in a press release announcing her hiring at Long Beach. “My passion and love for the game of basketball will be evident in my development of young, upcoming players.”