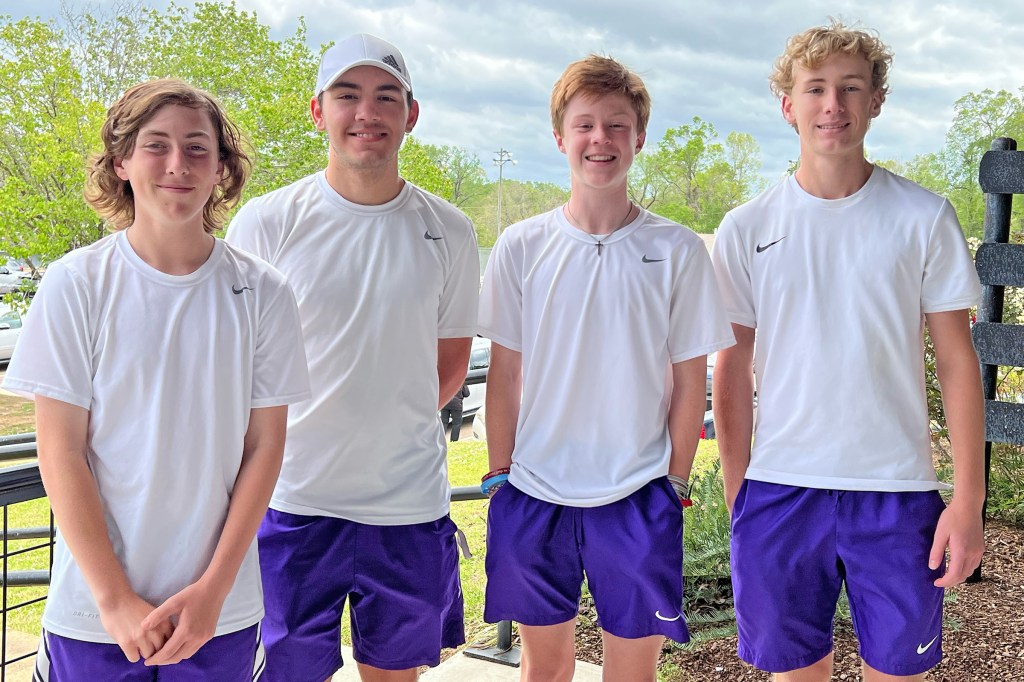 St. Aloysius’ tennis team doubled up on its way to No. 1.

St. Al edged Cathedral and Central Hinds, who totaled 12 points each to tie for second place.

The No. 1 doubles teams of Noah Taylor and Ryan Davidson in boys, and Maggie Roberson and Ali Blackburn in girls, finished second.

All four doubles teams advanced to the MAIS Class 5A South State tournament April 19 in Brookhaven.

The Class 5A state tournament is April 28 in Ridgeland.