‘Where do we go from here?’: Vicksburg family forced to seek care 8 hours away after Blue Cross severs ties with UMMC 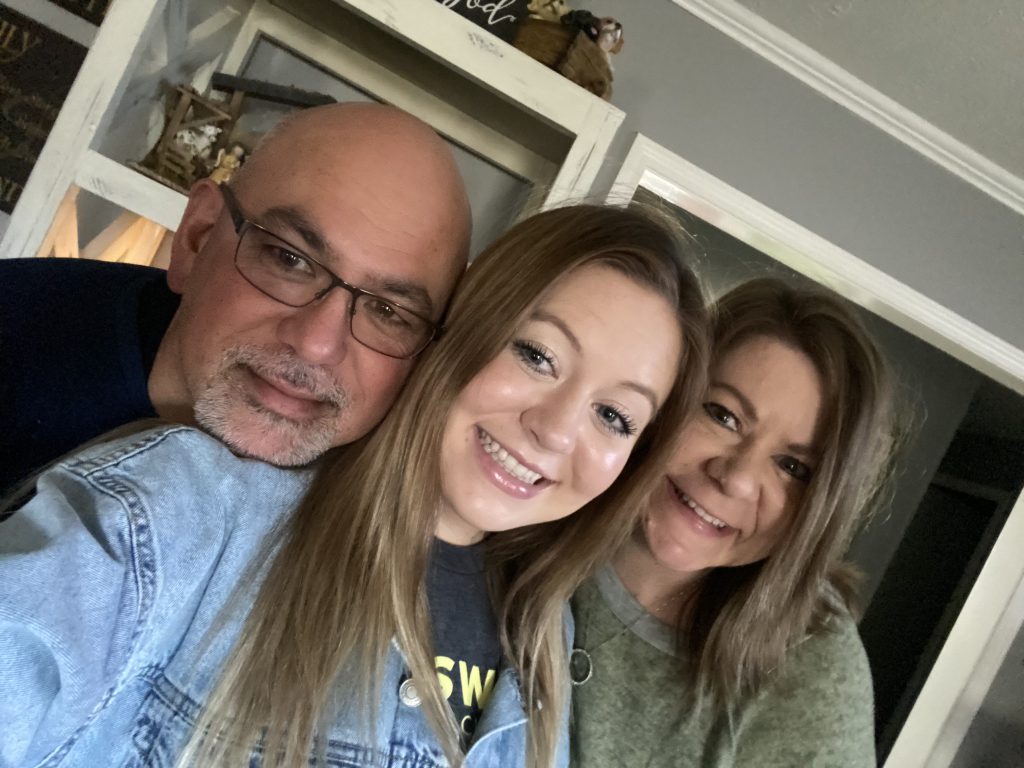 Vicksburg residents Stacey and Richard Horton have been customers of Blue Cross Blue Shield of Mississippi for 30 years.

Their family has also spent the last 18 years in and out of Children’s of Mississippi, the state’s only pediatric hospital and part of the University of Mississippi Medical Center. When their daughter, Radyn, was only two days old, she began her long journey battling cardiac issues at the hospital.

“When she was born, she was born (in Vicksburg). We thought we were having a healthy baby girl,” Stacey Horton said. “She weighed 7 pounds, and they couldn’t get her oxygen levels up. They could hear a heart murmur. At first, they said, ‘Oh, this is common and sometimes it happens.’ But overnight, she started getting worse.

“They came into my hospital room that morning, filled it up with doctors, and me and my husband looked at each other like, ‘This is not good,'” she added. “They told us that they had the transportation unit from Batson Children’s Hospital on the way to pick her up. And from there, our lives just turned upside down.”

Radyn, now 18, has spent her life under the care of the same pediatric cardiologist, Dr. Charles Gaymes, and nurse, Laura Kel. Horton said she fully credits Gaymes and the surgeons at UMMC for saving her daughter’s life and ensuring the quality of life she might not otherwise have.

In the last year and a half alone, Horton said, her daughter has had one open-heart surgery, a cardio monitor implanted into her heart to allow for 24-hour monitoring and several heart caths.

But on April 1, the future of Radyn’s care became a little more uncertain. Effective that date, the University of Mississippi Medical Center went out of network with Blue Cross Blue Shield of Mississippi. As the state’s only academic medical center, and its largest insurance provider, the two entities have failed to reach an agreement regarding reimbursement rates.

UMMC is asking Blue Cross for increases as high as 50 percent for inpatient, outpatient and professional reimbursement rates. UMMC, on the other hand, says it is asking below-market rates for academic medical centers. Blue Cross says steep rate hikes would equate to a substantial increase in customer premiums.

“We are disappointed that Blue Cross doesn’t value the Medical Center enough to agree to a fair contract and keep us in its network,” Dr. LouAnn Woodward, vice chancellor for health affairs and dean of the UMMC School of Medicine, said in a press release. “We know that patients are disheartened and frustrated. We must — for the health and wellness of all Mississippians — stand firm in our resolve that Blue Cross should agree to pay us at fair market rates.”

Horton said she learned of the issues between her insurance provider and UMMC through Facebook, although she eventually received a letter from Blue Cross Blue Shield of Mississippi explaining that the company would soon consider the hospital out-of-network for its customers.

For the Horton family, and others around the state who depend on UMMC’s services for their family, it appears some difficult choices are on the horizon. For starters, the family was given a little over six weeks to decide whether they will seek treatment for their daughter out-of-state or find a way to pay more than double their typical health care costs for Radyn’s lifesaving treatments.

“They have the best care at UMMC; they have the best doctors and nurses, especially for children,” Horton said. “People say, ‘Oh, she’s 18 now, can’t you just let her go somewhere else?’ No, you cannot, because even the adult portion (of UMMC) is the only hospital in Mississippi that has an adult congenital heart defect program.

“These are specialists that, they are the only ones here that can do this. UMMC is the only adult hospital that can treat her,” she added. “The plan for Radyn has always been that she would stay at Batson Children’s until she was around 21, and then the adult hospital would take over her care. That’s always been the plan for her, but right now, we really don’t know what’s going to happen.”

Horton said, beginning next week, the family will start making calls to Vanderbilt in Tennessee and Texas Children’s Hospital in Houston, Texas, to weigh their options for Radyn’s care. However, both hospitals are approximately eight hours away from Vicksburg, which presents a new set of obstacles in terms of travel and accessibility of treatments.

“We don’t know (if we’ll have to move). My husband’s worked for the same company for 30 years. I’ve been in Vicksburg since my early 20s,” she said. “I never would’ve thought this would happen to us, that we would lose our coverage. We can either pay — our medical bills are already through the roof, and I don’t even care about that — they’ll double, or we can go out of state. ”

Throughout the last few weeks, as the threat of Blue Cross and UMMC’s contract being terminated loomed, Horton said her main emotion was disbelief.

There have been other situations in the past where a situation like this seemed possible, she said, but things always worked out between Blue Cross and UMMC. This time, though, feels different.

“I really didn’t think it would happen. I thought, ‘This is going to get straightened out.’ The only hospital in Mississippi that can treat kids with heart defects, with cancer, how do you let that happen?” she said. “No parent should have to make this choice, and it’s not fair to the children of Mississippi that this is happening. I still can’t wrap my head around how this can actually happen, but it definitely is.”

For now, until the contract dispute between Blue Cross and UMMC is resolved or until the Hortons and other families in similar situations find alternate providers, Horton said the biggest thing she’s done is pray.

She’s not only praying for the issue to be resolved for her own child’s sake, but also for those Blue Cross customers who might not realize the importance of UMMC’s services until it’s too late.

“We’ve just been hoping and praying for so long that all of this will get resolved before those six weeks, not only for me and my husband but for Radyn, my daughter. She trusts these doctors,” Horton said. “I think what people don’t realize is, they have Blue Cross insurance but they think, ‘Oh, it won’t affect us because we don’t go to UMMC.’

“We didn’t go to UMMC until Radyn was born,” she added. “So, if you have a child that is born in another hospital, and something is seriously wrong with them, they’re going to UMMC. That is where they’re going to take them, no questions asked.”

Horton said her next goal, once a new path for treatment is established and new doctors are found for her daughter, is to write letters to Blue Cross Blue Shield of Mississippi, make phone calls and make noise.

The reason, she said, is because the children of Mississippi deserve better than this.

“My daughter has been a patient at UMMC since she was two days old. We’ve had the same cardiologist since she was born, the same cardio nurse since she was born, and we’re left now just wondering, ‘Where do we go from here?'” she said. “The children of Mississippi deserve better. They should be able to go to (Children’s of Mississippi) if they need to. Families aren’t going to be able to pay those high medical costs without their insurance companies paying what they should be paying.