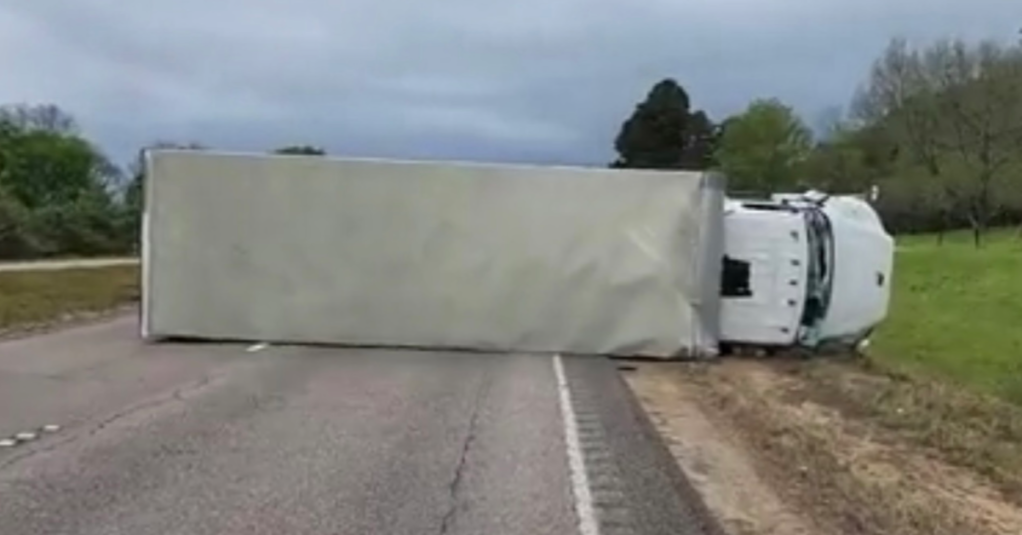 An 18-wheeler overturned and blocked portions of U.S. 61 South on Saturday. (Photo submitted)

The Mississippi Highway Patrol is working a one-vehicle wreck on U.S. 61 South near Glass Road involving an overturned box truck.

The driver was taken to Merit Health River Region with what was described as minor injuries.

According to MHP reports, the truck was northbound when it rolled over, blocking both northbound lanes and forcing authorities to reroute traffic to the southbound lane.