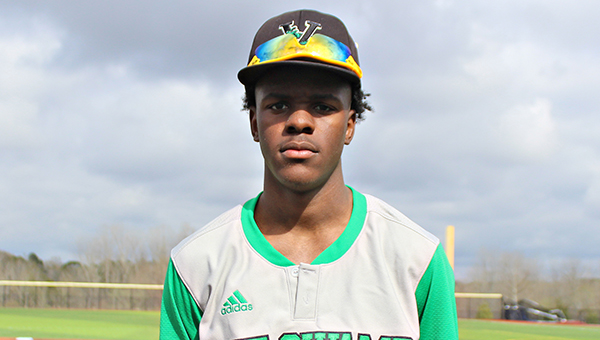 Vicksburg High baseball player Chris Green tripled, had three RBIs, and pitched a one-hitter in a 12-0 win over Jim Hill on Friday.

Green, a sophomore, pitched four innings and allowed one hit and two walks, while striking out five batters.

Two of the Gators’ seniors, Terrance Johnson and Rashad McCroy, each had one hit and scored two runs. They didn’t waste much time putting the game out of reach, either.

The Gators scored in each of their four at-bats, including four runs in the bottom of the first inning and four more in the second. Green’s bases-clearing triple put them ahead 8-0.

Senior Will Evans’ RBI groundout in the bottom of the fourth inning finished the game via the mercy rule.

Excluding the COVID-shortened 2020 season, the Gators (17-7, 11-0 MHSAA Region 4-5A) likely finished their regular season undefeated in region play and with their first winning record since 2012. They won their first region championship since 2009.

Coach Antonio Calvin said Vicksburg’s last two regular-season games likely will not be played. Scheduled games with Terry and Warren Central have been canceled because those teams need to make up two region games early next week. A region contest vs. Forest Hill is also unlikely to be played since it does not matter in the standings.

Unless another opponent can be found, Vicksburg’s next game will be in the second round of the MHSAA Class 5A playoffs on April 29. Vicksburg has a first-round bye and will face the winner of a series between Ridgeland and West Point.