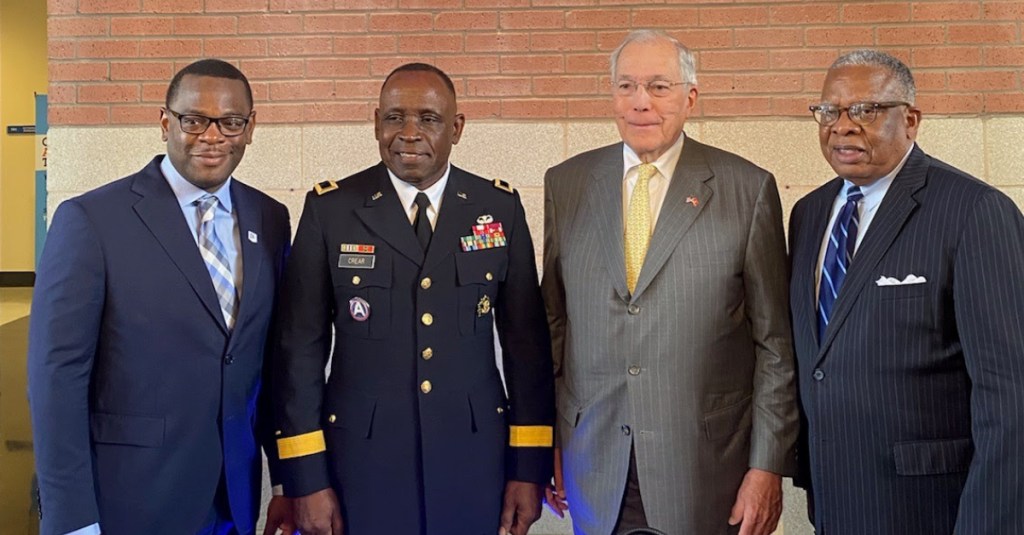 A Vicksburg native, Crear has served worldwide, commanded and led soldiers and civilians at every level, while serving in high-level leadership positions with the U.S. Army Corps of Engineers. At the Pentagon, he served as the military assistant to the Assistant Secretary of the Army for Civil Works.

At the Corps Headquarters in Washington, D.C., he served as Assistant Director of Civil Works and as the Chief of Staff. In the field, he commanded the Vicksburg District, the Southwest Division and the Mississippi Valley Division.

Additionally, he served as President of the Mississippi River Commission, having been appointed by the President and confirmed by the Senate. He is married to his high school sweetheart, the former Reatha Hall. They have four adult children.