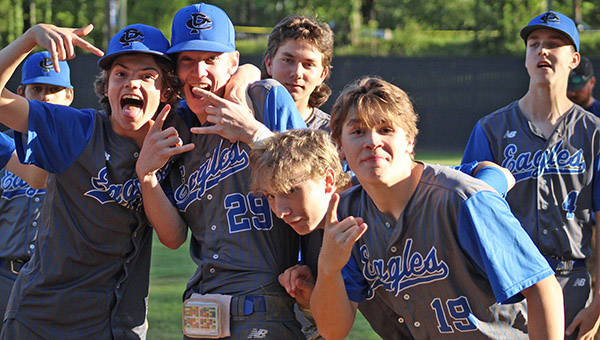 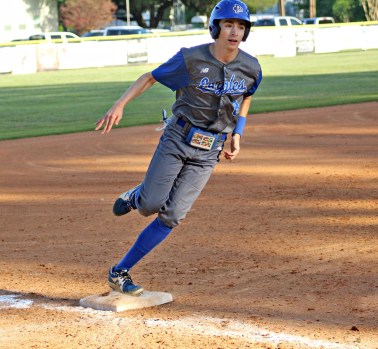 Porter's Chapel Academy's Chase Hearn rounds third on his way to scoring a run during a 12-2 win over DeSoto School in Game 1 of their MAIS Class 3A playoff series on Tuesday. (Ernest Bowker/The Vicksburg Post) 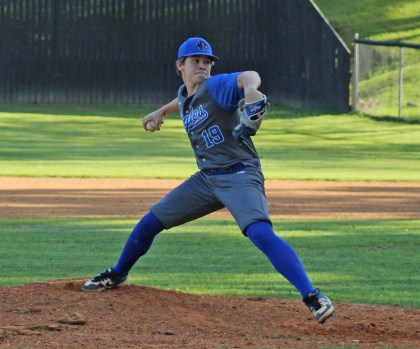 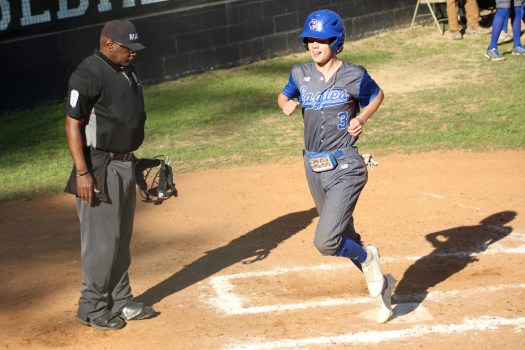 Porter's Chapel Academy's Laken Bradley scores a run during a 12-2 win over DeSoto School in Game 1 of their MAIS Class 3A playoff series on Tuesday. (Ernest Bowker/The Vicksburg Post)

Porter’s Chapel Academy’s latest victory wasn’t just another mark in the win column. It was a milestone.

It was PCA’s first postseason victory since 2015. They can earn their first series win since 2011 by finishing off the Thunderbirds Thursday afternoon. Game 2 is at 1 p.m. in West Helena, Arkansas, followed immediately by Game 3 if necessary.

“It’s our first playoff win with this group. That’s a big milestone,” PCA coach Paul Ashley said. “Last year we made the playoffs and went two-and-out. We had a lot of energy today, and last year it didn’t seem like we had the energy. Today we had the energy and to 10-run rule them makes it even sweeter. These boys have worked hard all year for this moment.”

Game 1 was a low-scoring affair for 3 1/2 innings. PCA scored a run on a groundout in the second inning, and DeSoto scored twice in the top of the fourth to take a 2-1 lead.

Then, in the bottom of the fourth, PCA took advantage of DeSoto’s defensive meltdown to blow it wide open. The Thunderbirds committed four errors in the inning, and also had one wild pitch and a passed ball. PCA sprinkled in six hits of its own, including an RBI single by Taylor LaBarre and a two-run single by John Wyatt Massey, to score seven runs and take an 8-2 lead.

DeSoto finished with seven errors in the game.

PCA (13-6) added another run in the fifth inning and three in the sixth to finish it via the mercy rule. King hit a two-run single in the sixth inning, and Palmer’s sacrifice fly brought in the final run.

King, the No. 8 batter in the lineup, has five hits in his last four games after not getting any in his first seven this season.

“When you work real hard in the offseason, sometimes it pays off for you,” King said of his recent hot streak.

Palmer’s game-ending hit was the final act of a dominant performance. The sophomore right-hander pitched a complete game and recorded 14 of DeSoto’s first 15 outs via a strikeout. He only allowed two hits, although he did walk four batters and hit two. Each time Palmer got into trouble — DeSoto had at least two runners on base in three of the first four innings — he pitched his way out of it with minimal or no damage.
Palmer retired the last seven batters he faced, as well.

“I was feeling pretty good. I feel like I need to carry that deep into the playoffs with me,” Palmer said. “My fastball was carrying me through everything. My curveball was there at moments, but it wasn’t there the whole game.”

Now PCA will head north to try and clinch its first playoff series victory in a decade. It will have a long trip and an early start on Thursday, and also has to handle it own success — something Ashley said the Eagles haven’t always done well this season.

“A lot of times you get a big win like this and you have to take it in stride and not just go in flat,” Ashley said. “We’ve done that a time or two this year with a couple of teams we’ve beaten pretty big and we go back and play them the second time and it’s flat. That’s something we’re going to have to work on tomorrow in practice.”