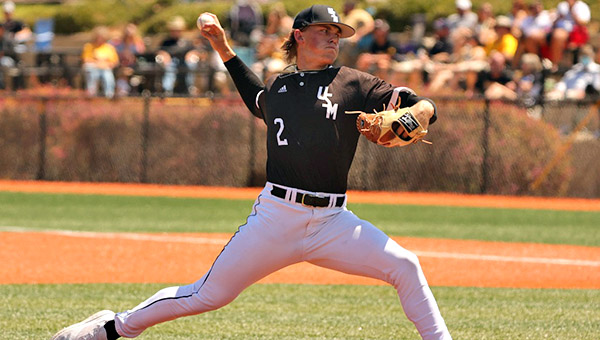 The Golden Eagles capped a sweep of Florida International last Saturday with a 6-4, 12-inning win punctuated by Reece Ewing’s eighth homer, a two-run shot. It was their ninth straight win and fifth by two runs or fewer during the streak.

Southern Miss vaulted five spots to No. 6 in this week’s D1baseball.com poll, and eight spots to No. 6 in the USA Today coaches poll. Not that head coach Scott Berry mentions that sort of thing to his team, preaching instead that “steady wins the race.”

“I haven’t brought it up one time,” Berry said. “I’ve probably had 25 text messages today, people saying, ‘How are you going to keep them grounded?’

“All I can tell you is we don’t ever talk about rankings. I feel they are a reward for the body of work that you’ve done that people recognize, but it’s more for the fans. It’s more for recruiting than it should be for your team in getting caught up in that.”

The Golden Eagles (27-8) are chasing their sixth straight 40-win season. Only Dallas Baptist has a longer such streak, at seven in a row.

Southern Miss has won all nine Conference USA road games. It has a midweek road game at Tulane on Tuesday, and then was set to return home to Pete Taylor Park for a three-game series with last-place Rice beginning Friday. Southern Miss leads the C-USA standings by two games over Louisiana Tech.

And the lineup has flashed some power during the winning streak.

Will McGillis beat Charlotte with a 13th-inning homer in another series finale.
Then there was Danny Lynch’s three-run, eighth-inning shot that powered a 10-7 midweek win over Ole Miss. Southern Miss has hit at least one home run in 22 of its last 25 games.

“I never wavered that those guys weren’t going to find a way to win that baseball game, at all,” Berry said. “Just because of who they are and the way they conduct themselves in the dugout, the way they push one another. It seems like there’s somebody that’s always picking somebody up.”