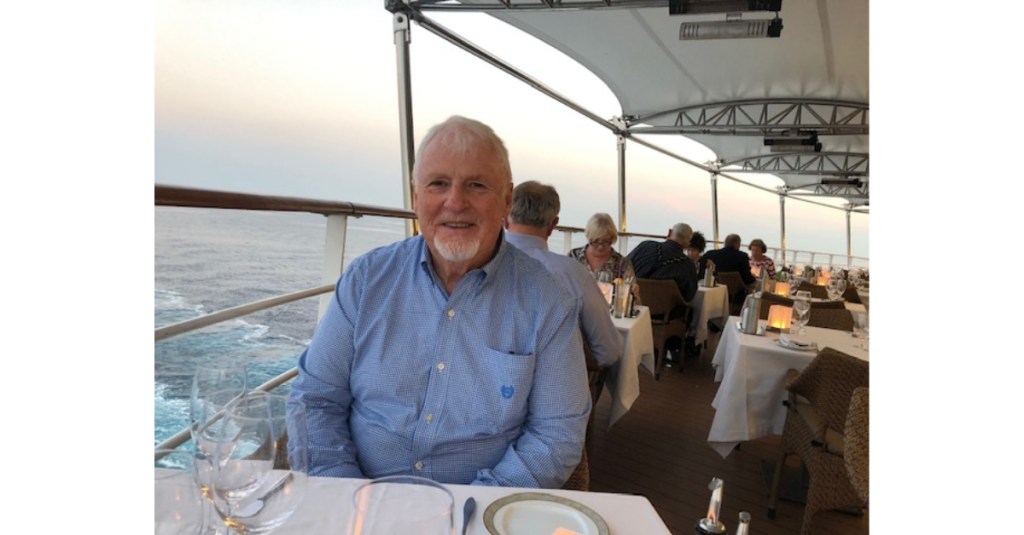 William Curtiss “Curt” Follmer, age 75, passed away suddenly and unexpectedly following surgery on April 1st. His loving daughter, Rebecca Follmer, and his beloved companion, Kathryn Abel, were with him when he passed. He was much loved by members of his family, who are devastated at his loss. In addition to his adored daughter, Rebecca (of Reno), Curt is survived by his cherished daughter, Jamie Follmer, and three treasured grandchildren: William Jordan Langham, Hayden Lumpkins, and Bayleigh Lumpkins, all of Mississippi. He will be sorely missed by his two loving sisters, Sharon Keeton and Barbara Klein, and numerous nieces and nephews, all of California. He is also survived by an uncle, George Follmer (of Idaho), and many cousins in California and other states.

Curt was born in 1946 to Marine Corps Captain William Henry Follmer and Nancy Harrison Curtiss Follmer.  Although he spent many summers in Southern California visiting his father’s relatives, he grew up in the East Bay of Northern California.  He attended Del Valle High School and Chico State University, then ventured into the casino business at Lake Tahoe.  It was during his time at Tahoe that he met and married Linda Barton. Together they had two lovely daughters, both with red hair like their father. Linda passed away in 2021.

After starting out as a change person, he remained in the casino business for 40 years and was promoted through many positions.  During his career, he opened Harrah’s in Atlantic City, ran the casino at the Desert Inn in Las Vegas, and most recently was Senior Vice President and General Manager for a hotel casino owned by Bally Gaming in Mississippi.  He was also a respected citizen in the community, serving on the board of United Way and as President of the American Heart Association in Vicksburg. An avid flier, he was asked to run a municipal airport and held the position of Airport Manager for three years following his retirement from the casino in Mississippi.

After his second retirement, this time from airport management, he moved back to the Tahoe house which he had owned since 1975.  After living there for five years, he found a lovely home in Reno and decided to leave California and move to Nevada, where he lived for the last five years with the “best cat ever”, Joe. He spent his free time entertaining family and friends, reading, traveling, and cooking (his friends say he made an amazing bananas flambé!)  He loved listening to music and was known to sing along. He even taught himself to play the guitar. And, he played bridge! He had played in college and absolutely loved the game, but marriage, kids, etc. intervened, and he had not played bridge for close to fifty years until coming to Reno. He rediscovered his passion for the game and became very active in the community of the Bridge Club in Reno, where he served as president. He was a great person, and we all will miss his lively mind, his witty sense of humor and his willingness to help everyone of us.