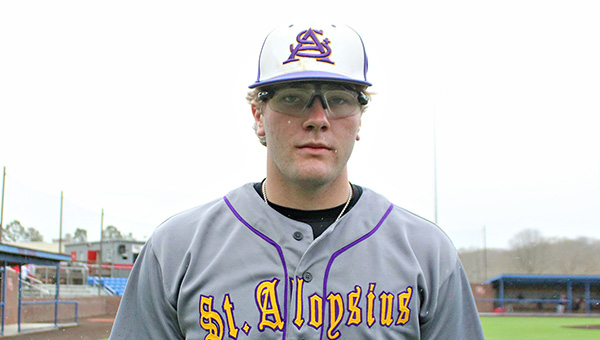 Matthew Pitre pitched a complete game and went 3-for-3 at the plate to lead St. Aloysius to a 9-4 victory over Adams County Christian School on Wednesday.

St. Aloysius wrapped up its 2022 baseball season with a bit of good news and a bit of bad news.

Matthew Pitre pitched a complete game and went 3-for-3 at the plate to lead St. Al to a 9-4 victory over Adams County Christian School in the first game of a doubleheader on Wednesday.

ACCS rallied late, however, to win 5-3 in game two and salvage a split.

St. Al was eliminated from playoff contention two weeks ago and finished its season with a 6-18 record. The Flashes only won two of their 15 district games.

The last loss came in game two of Wednesday’s doubleheader. ACCS rallied for three runs in the sixth inning and added another in the seventh to take a 5-2 lead, then held off St. Al in its final at-bat.

Adam Francisco went 3-for-4, including a solo home run in the seventh inning, for St. Al. Carter Magee also hit an RBI single, and Landon Stanchfield had two hits.

It was a disappointing finish for the Flashes, but they did at least get to enjoy one last victory before that.

Pitre drove in two runs with a first-inning single to help stake St. Al to a 3-0 lead in game one, and he added another RBI single in the sixth on their way to the 9-4 victory. The Flashes scored in five of the six innings in which they batted.

Cole Autrey went 2-for-3 with two runs scored, Tristan Wilbanks walked twice and scored two runs, and Francisco was 2-for-3 with one RBI and one run scored.