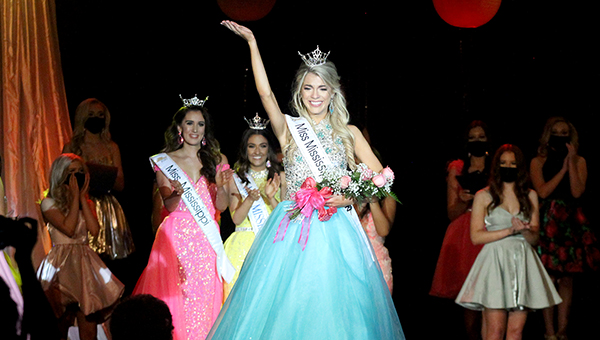 After months of preparation and practice, candidates will finally have their chance at a title when they compete in the Miss Mississippi’s Outstanding Teen Competition.

Each of the 19 candidates will compete in four phases of competition which include an interview, talent, evening wear and on-stage question and lifestyle & fitness in sportswear.

The theme for this year’s production is “Other Side of the Rainbow” and musical numbers will include songs from “The Wizard of OZ,” “The Wiz” and the Broadway musical “Wicked,” MMOT producer Jennifer Tillotson said.

Tillotson, who is in her sixth year as producer, said songs from these shows will include “Ease on Down the Road,” “Somewhere Over the Rainbow,” “For Good” and “Brand New Day.”

“I have always loved these songs and have wanted to use them for years,” she said.

This year each of the 19 candidates will have two Petite Magnolia Belles, and these children, Tillotson said, will be dancing to the song, “Let the Rainbow Remind You.”

Vicksburg native Taylor Thomas will once again be serving as the choreographer for the production. Tillotson said Thomas has been choreographing the teen competition for eight years and directing for six.

“We are also excited that our entertainers will be Vicksburg native Booth Buys, Miss Mississippi 2021 Holly Brand and MMOT 2021 Tori Johnston,” Tillotson said, adding she “loved” every aspect of the show, from the singers and dancers to the candidates performing.

Tillotson, who works in tandem with MMOT co-producer Nancy Robertson, said, “It is such a joy to see your ideas for a musical show come together, but it does take many people to make it a success and I am so very thankful for everyone who works to make the vision a reality.”

Tickets for the competition are $25 each for the preliminary rounds and $40 for the final day of the competition. Tickets are available at the Miss Mississippi office, 820 South St., or at the door. For more information, call 601-638-6746.

Vicksburg girl to compete in MMOT

This year, Vicksburg resident Karly Henderson will be competing for the MMOT title. Henderson, who was crowned Miss Leaf River Valley’s Outstanding Teen, is a junior at St. Aloysius High School. She is a Duke Top Scholar, received the highest-average history award and President Gold Service Award. Henderson is a member of the National Honor Society, Mu Alpha Theta and the Flashette Dance Team. Her Social Impact Initiative is Cheering for Volunteering.

“This encourages people to volunteer and support their communities,” Henderson said. “Cheering for Volunteering teaches people that serving your community is important. I have been taught the importance of service and volunteerism in school my entire life, and I want to teach others the same thing.”

Henderson said she began Cheering for Volunteering as a club in her high school.

“The club, CFV, started at St. Aloysius and then I branched out to other schools. I have a service project each month to help get students involved in their communities,” she said. “They love volunteering just as much as I do. Along with this, I have been working with the United Way of West Central Mississippi to provide opportunities for the CFV club and anyone else who wants to help volunteer.”