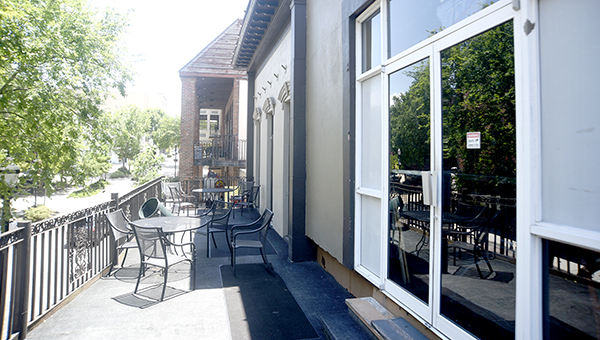 Claiming the owners of Jacques’ Bar have put the public in danger by failing to prevent violent, dangerous and illegal activity at the business, the city of Vicksburg has filed a petition in Chancery Court seeking a permanent injunction closing the bar as a public nuisance.

The suit seeks a temporary restraining order followed by “preliminary and permanent injunctive relief and to abate a public nuisance.” Jean-Jacques Parmegiani, Kara Parmegiani, Refined South Restaurant Group LLC and “John Does 1-3” are named as defendants.

The petition was filed with the Warren County Chancery Clerk’s office early Friday afternoon, accompanied by more than 200 pages of exhibits including police reports.

According to the clerk’s office, Chancellor Vicki Roach Barnes has recused herself from the case, which has been reassigned to Chancellor Debra M. Giles of Sunflower County. A hearing has not been set.

Kenneth Rector, attorney for Refined South Restaurant Group LLC, said in a statement to The Post, “All of our responses to multiple statements by defendants in the media will be made in a federal courtroom where the witnesses are under oath.”

The defendants to which Rector referred are Mayor George Flaggs in his official capacity, along with Vicksburg Aldermen Alex Monsour and Michael Mayfield, all of whom were named in a federal filing by Rector on April 20 in the United States District Court, Southern District of Mississippi, Northern Division.

The petition is the latest chapter in the saga of Jacques, which was closed by Vicksburg Police Chief Penny Jones April 17 after two women were reportedly stabbed during a fight.

The city also closed the bar in December 2018 and June 2020. Each time, the business was allowed to reopen after the owners signed an agreement with the city to take steps to ensure safety and security at the business.

April 20, Jacques owners filed suit against the city in U.S. District Court in Jackson alleging that by closing the bar on three separate occasions since June 2020, the city deprived them of the use of the property without the due process it is entitled to under the 14th Amendment to the Constitution.

According to the petition filed Friday in Chancery Court, the city claims the owners “have been permitting and encouraging improper and illegal activity” to occur at the bar.

“The nuisance conditions of said property substantially and unreasonably injures the health and safety of patrons of the establishment and interferes with the comfortable enjoyment of life and property of the residents of the city of Vicksburg and Warren County.”

Also, according to the petition, the business owners have refused to comply with the memorandum of understanding they signed with the city and “the plaintiffs have availed themselves to the defendants to attempt to abate the activities within the establishment that are dangerous to the defendants’ patrons but ‘illegal, improper and dangerous activities’” continually occur at the business.

The petition refers to a collection of police incident reports the city claims to indicate the number of times Jacques Bar has been notified of illegal activity.

“These reports reflect a continuing and escalating course of violence on the premises of Jacques’ Bar during regular business hours, with a recent night of violence at the club that resulted in two aggravated assaults involving the use of weapons that occurred during the early morning hours of April 17, 2022,” the petition claims.

“The defendants owe the public a duty to prevent and/or stop offensive, dangerous and illegal activity on their property, and by failing to act in a manner that would stop and/or prevent said activity, defendants are putting the public in danger.”

Because of the continuous alleged illegal activity, according to the petition, the city asks the court to issue an order temporarily closing Jacques until a hearing on whether to permanently close the business.