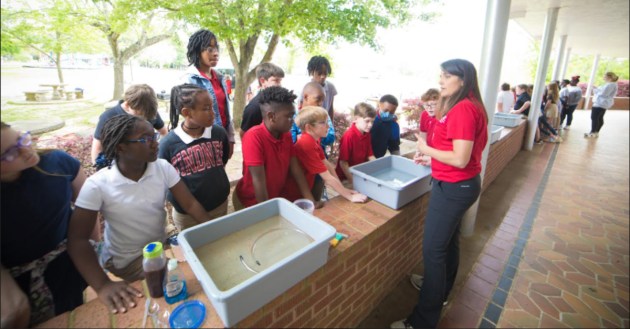 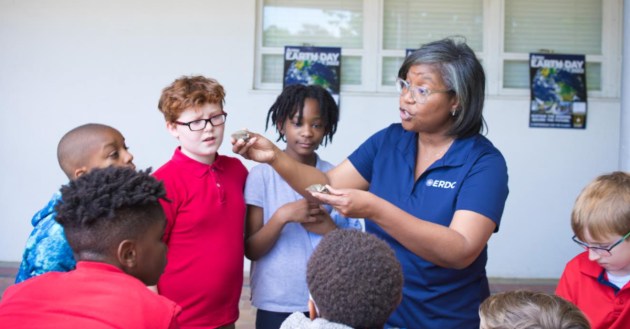 The U.S. Army’s theme for Earth Day this year is “A Partnership for the Planet.”

After an introduction to what the ERDC does, students visited three separate stations to learn about different environmental challenges. The EM River model provides a tabletop visualization of riverine processes. The model allows the students to manipulate riverine systems and see immediate effects. Students were also shown a demonstration of an oil spill and the effects it has on a body of water and aquatic plants and animals. At the third station, students experienced show-and-tell where preserved aquatic specimens were shown, including pallid sturgeon and white shrimp.

The first Earth Day was celebrated in 1970 when a United States senator from Wisconsin organized a national demonstration to raise awareness about environmental issues. Rallies took place across the country and, by the end of the year, the U.S. government had created the Environmental Protection Agency. By 1990, Earth Day was an event celebrated by more than 140 countries around the globe. Earth Day is officially celebrated each year on April 22.