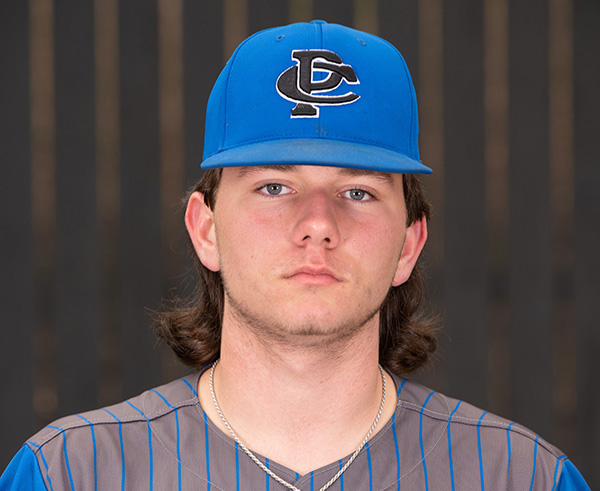 Porter's Chapel Academy baseball player Zach Ashley had seven strikeouts in a complete-game victory to lead the Eagles to a series-clinching 2-1 win over DeSoto School in the MAIS Class 3A playoffs.

For the first time in more than a decade, Porter’s Chapel Academy is moving on in the MAIS baseball playoffs.

Zach Ashley pitched a complete game, and Chase Hearn drove in one run and scored another as PCA beat DeSoto School 2-1 in Game 2 of their MAIS Class 3A playoff series on Friday.

PCA swept the best-of-three first-round series for its first playoff series victory since 2011. It will play Calhoun Academy in the second round beginning Tuesday. Game 1 will be at Porter’s Chapel.

Calhoun Academy won the District 2-3A championship and had a first-round bye.

PCA (14-6) run-ruled the Thunderbirds in Game 1, but Game 2 was much tighter all the way through.
The Eagles scored both of their runs in the fourth inning. Taylor LaBarre was hit by a pitch and scored on a single by Hearn. Hearn then scored on another single by Brayden King for a 2-0 lead.

DeSoto scored an unearned run in the fifth inning, but Ashley otherwise kept them in check. He finished with seven strikeouts, retired 11 of the first 12 batters he faced, and allowed four hits and no walks.
Ashley also hit a double.

DeSoto did mount one last rally against him in the bottom of the seventh. The leadoff batter singled and was advanced to second on a bunt. Ashley got Nash Von Kanel to line out to center to end the game and the series.