Vicksburg has best-tasting water in Mississippi, Alabama, for fourth-straight year 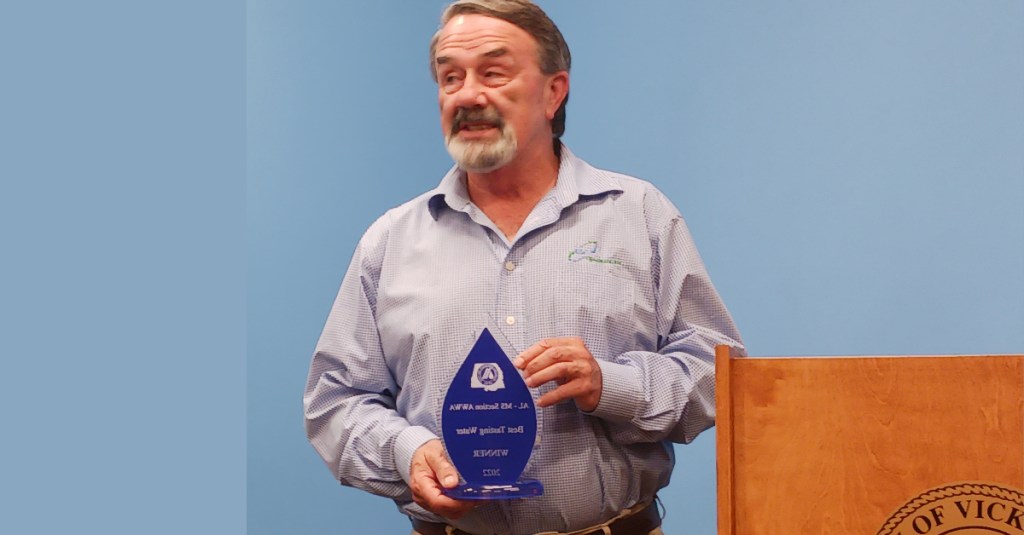 Eddie Busby, ESG project manager for Vicksburg, displays the city's award for the best-tasting water in Mississippi and Alabama. The city has won the award and the award for having the best water treatment plant in Alabama and Mississippi for four consecutive years. (Photo by John Surratt | The Vicksburg Post)

For the fourth consecutive year, the city of Vicksburg has received the Water Treatment Plant of the Year Award from the American Water Works Association for Mississippi and Alabama.

Overall water quality, plant improvements, energy efficiency and regulatory conformance were cited as criteria for the selection. The city was also honored for the fourth consecutive year for having the best-tasting water in Mississippi and Alabama.

“I’m excited and all credit goes to the operations of that water plant to ESG,” Mayor George Flaggs Jr. said. “They’ve done a great job. They’ve done everything that I thought they’d do, and exceeded my expectations of the company.

“It’s a great feeling to be operating a water plant when most folks are having trouble with their water and their water distribution, (and( to be recognized for the best-quality water and the best water in this area,” Flaggs added. “I applaud ESG for the work they’ve done under contract.”