Vikings come up short in Game 1 against Biloxi 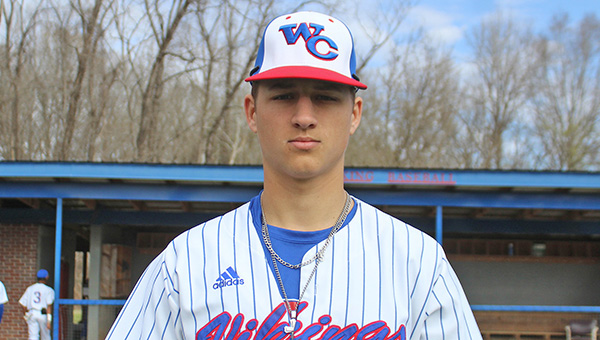 Warren Central's Seth Sterling hit an RBI double in a 3-1 loss to Biloxi in Game 1 of their first-round MHSAA Class 6A baseball playoff series on Friday.

One of Warren Central’s weaknesses this baseball season has been it struggles to get hits at the right time. It showed up again at the wrong time Friday night.

The Vikings left six runners on base in the last three innings, including two in scoring position in the bottom of the seventh, and lost 3-1 to Biloxi in Game 1 of their MHSAA Class 6A playoff series.

Game 2 of the best-of-three series is Saturday at 3 p.m. at Warren Central. Warren Central (10-14) needs to win it to keep its season alive and force a deciding Game 3 Monday at 7 p.m. in Biloxi.

Patrick Galle had 11 strikeouts in a complete game victory for Biloxi (13-14), and pitched out of three jams late in the game. Warren Central left two runners on in the fifth and sixth innings, and then had runners at second and third with two outs in the seventh. Galle’s final strikeout stranded them both and ended the game.

Warren Central has scored one run or less in nine of its 14 losses this season.

Judson Byars hit an RBI double and scored on another double by Bryson Pisarich in the bottom of the fourth inning to put Biloxi ahead 3-1.

Seth Sterling hit an RBI double for Warren Central in the top of the fourth inning. Floyd Davenport had two hits and scored a run, and jack Wright turned in a solid pitching performance.