Carter triples up with three championships at North State meet 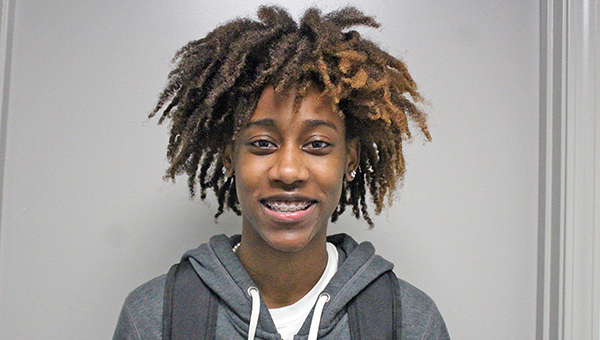 Carter finished first in the 300 meter hurdles and high jump for the third consecutive meet, and added the triple jump championship to her tally to lead a strong effort for the Missy Gators on their home track.

Vicksburg won five individual championships — Rodrianna Hall also won in the long jump and Jelisa Tyler in the shot put — and will send six individual athletes and two relay teams to the Class 5A state meet next weekend at Pearl High School.

Hall won the long jump with a leap of 17 feet, 6 inches, and Tyler the shot put with a throw of 33 feet, 3 inches.
Carter appears to be the strongest of the bunch. She clocked a time of 47.63 seconds in the 300 meter hurdles and a height of 5 feet in the high jump to add the North State championship to the ones she claimed at the Division 4-5A and Region 2-5A meets over the past couple of weeks.

Carter had finished second in the triple jump at the previous two meets, but jumped 34 feet, 6 inches to beat Jim Hill’s Jada Cavett and Canton’s Tykeyria Ross by two inches.

Carter was also on the 4×400 meter relay team that finished fourth and qualified for the state meet, along with Terri Boyd, Shaniyah Walker and Kalia Bland.

Bland finished second to Carter in the 300 meter hurdles and third in the 100 hurdles, while Walker was second in the 400 meter dash. Walker was also on the 4×200 meter relay team that finished third, with Jakayla Brooks, Gabby Oliver and Boyd.

Rekia Williams will also go to the state meet in the discus after placing fourth at North State.

In the boys’ meet, Vicksburg’s Tyler Henderson finished second in the triple jump and Koury Vample second in the 110 meter hurdles to move on to the final round of the postseason.

Kaleb Hanger also qualified with a fourth-place finish in the 300 meter hurdles. So did the 4×400 meter relay team of Ka’Darius Coleman, Quinjerius Miles, Shawndell Daniel, Kenneth Swayzer, which finished fourth.

Ashton Murphy will compete in the 100 meters after finishing fourth at South State with a time of 11.18 seconds. Jonathan Henderson will get a chance at the high jump championship after clearing 6 feet, 2 inches to finish second on Saturday.