Lady Vikes go cold, get swept in first round of 6A softball playoffs 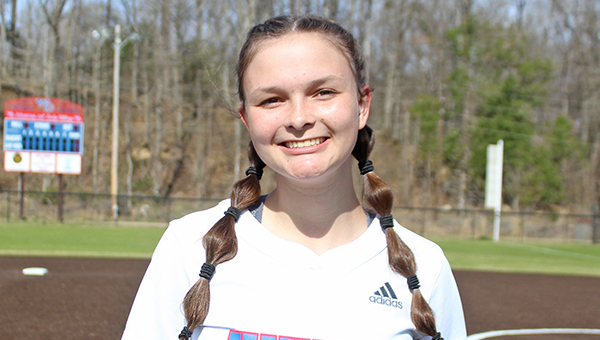 Warren Central softball player Jenn Smith drove in both of her team's runs with a single in a 3-2 loss to Harrison Central in Game 2 of an MHSAA Class 6A playoff series on Saturday.

Warren Central danced around trouble all game long, but finally found it — and with it, the end of its season.

Kalee Stinnett hit a tiebreaking RBI single in the bottom of the sixth inning, and Harrison Central edged Warren Central 3-2 on Saturday to clinch a first-round MHSAA Class 6A softball playoff series.

Harrison Central (9-10) swept the best-of-three series and advanced to face Ocean Springs in the second round next weekend. Warren Central finished its season with an 18-11 record after scoring a total of three runs in its last three games.

The Lady Vikes were no-hit in a 3-0 loss in Game 1 on Friday, and did a bit better offensively in Game 2. Jenn Smith drove in two runs with a single in the third inning to give the Lady Vikes a 2-1 lead, and they finished with seven hits.

Harrison Central kept applying pressure, however — it had runners on base in every inning — and was able to keep it close until finally breaking through.

Gabriel Smith hit a two-out triple in the bottom of the sixth inning, and Stinnett followed with her RBI single on the next pitch to put Harrison Central ahead 3-2.

Gabriel Smith, who threw the no-hitter on Friday, returned to the pitcher’s circle in a relief role and retired the Lady Vikes in order to close out the game and the series.

Smith pitched the last three innings and did not allow a run. She gave up two hits and no walks, and had five strikeouts.

Annalyn Nevels pitched 5 2/3 innings for Warren Central. She allowed nine hits, but no walks, to keep the Lady Vikes in the game until the end. A defense that turned three double plays behind her also helped.