Man arrested after pulling a gun in downtown Vicksburg 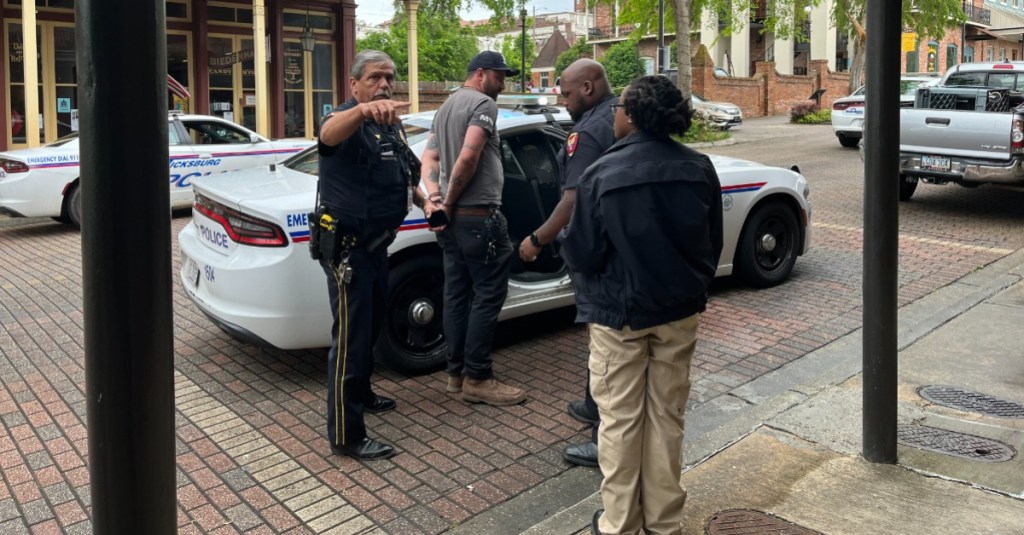 Christopher McAllister, 35, was arrested in the 1100 block of Washington Street Monday afternoon following an incident in which McAllister allegedly brandished a firearm. (Photo by Catherine Hadaway)

A man was arrested by the Vicksburg Police Department at around 3:57 p.m. Monday following reports that an individual brandished a firearm near downtown.

According to police reports, Christopher McAllister, 35, allegedly pulled a gun on an individual in the 900 block of Washington Street, before departing the area on foot.

Officers were dispatched to the 1100 block of Washington Street and, upon arrival, made contact with McAllister. McAllister was arrested and charged with simple assault-creating fear.

Upon arrival, officers made contact with the vehicle’s owner, who stated the van had not been turned on in over a week. When she turned the ignition on, it was loud when she started it, VPD reports stated.

In a separate incident, a home in the 900 block of Yazoo Street was reported burglarized.