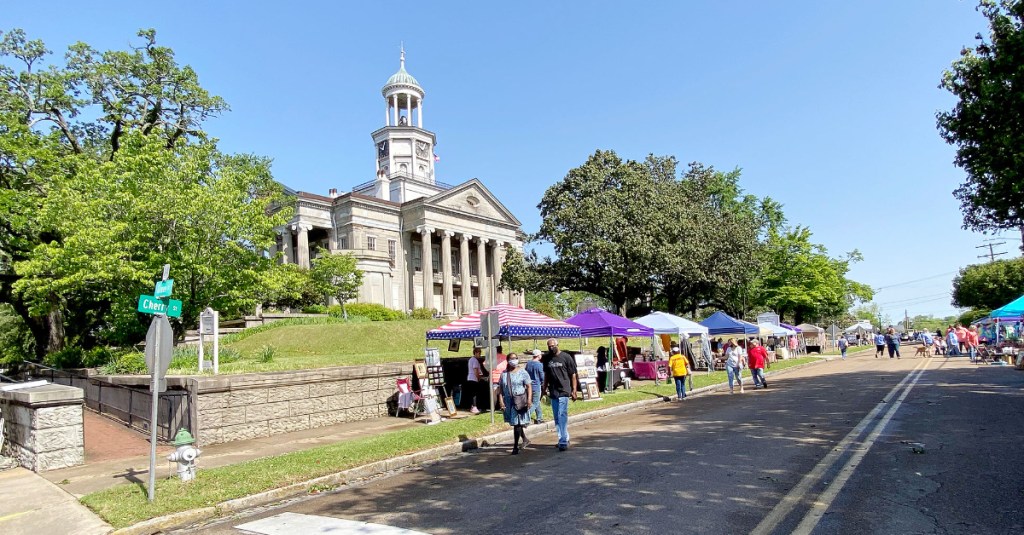 Gadgets, knick-knacks, furniture, goodies, meat pies and maybe a few widgets will be on sale Saturday as the Old Courthouse Museum’s Spring Flea Market opens for business on Cherry, Jackson and Monroe streets.

“We’re completely sold out; we’ve had some great response this year. Lots of new vendors have signed up so it should be a great selection,” museum historian Jordan Rushing said. “The food is going to be wonderful.”

Rushing said the market will feature 120 arts and crafts booths and 16 food vendors.

He said Christ Episcopal Church will again be selling meat pies and the Boy Scouts will be selling funnel cakes.

“There’s a coffee van that’s coming in town — they’ve been here for a couple of years, now — selling their own bagged coffee beans and coffee,” he said. “Antoine Henderson does jumbo hot dogs with a little bit of a Chicago twist to it; a Mississippi/Chicago twist. Lots of good stuff.”

Shoppers will also be entertained by musician Ralph Miller, who will be performing on the Courthouse grounds.

“We want folks to come out and shop.”

The Old Courthouse Museum Flea Market has been a Warren County tradition for more than 40 years and is held twice a year, in the spring and fall.