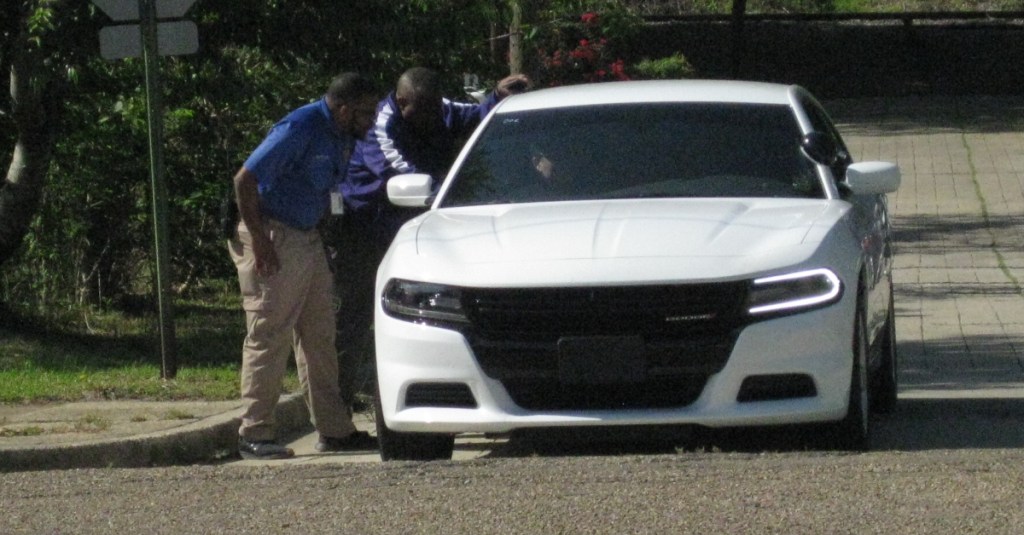 Vicksburg police investigators talk with a patrol officer at the corner of South and Spring streets. Police were called to a reported stabbing in the area early Thursday morning. (Photo by John Surratt)

Vicksburg police are responding to a call about a stabbing in the area of South and Spring streets.

No further information was available. This is an ongoing story.