Missy Gators complete sweep of Ridgeland, get New Hope next 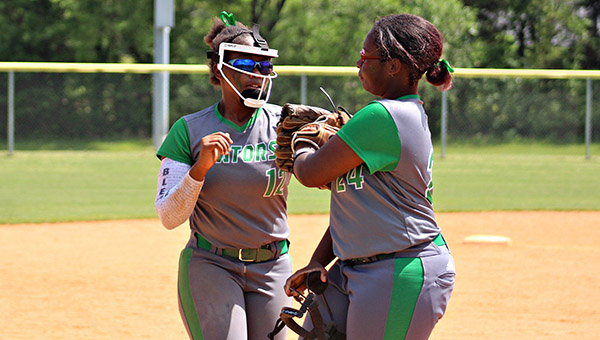 RIDGELAND — The Vicksburg Missy Gators carved through Ridgeland like a hot knife through butter. Now it’s time to dig into the main course.

The Missy Gators finished a decisive two-game playoff sweep of Ridgeland by winning 17-11 on Saturday, setting up a rematch with New Hope, the team that ousted them last season.

This is also the deepest Vicksburg has ever advanced into the fast-pitch softball playoffs. It had never before been past the second round.

The Missy Gators (11-13) will play New Hope (15-12) in the MHSAA Class 5A quarterfinals beginning on May 6. New Hope eliminated Vicksburg in the second round in 2021, following a successful appeal with the MHSAA over an illegal game ball that was used in Game 3.

Vicksburg won Games 2 and 3 to apparently win the series, but the MHSAA ruled Game 3 needed to be replayed and New Hope won it.

“These girls have been wanting that for a long time,” Vicksburg Ellis said of the rematch. “When all is said and done, we just need to go out there and take it game by game, pitch by pitch. If we control ourselves, we are a good enough team that we can control things.”

The Missy Gators controlled — if not dominated — their second-round series with Ridgeland (17-10). They won 23-4 in Game 1 on Friday night, then piled up 17 more runs in the clincher.

Amari Johnson tripled in two runs during a seven-run third-inning rally that put Vicksburg ahead for good. The Missy Gators had a chance to win via the mercy rule, but gave up six runs in the bottom of the sixth inning to make things tighter than they needed to be.

Ridgeland wasn’t able to get closer than the final 17-11 margin, though.

“We were kind of our worst enemy, and they hit the ball. I think we were still high from last night and needed to relax and play the game, and we didn’t do that,” Ellis said. “But, like I said before, you’ve just got to be one ahead of them at the end of it and that’s where we were.”