Sports column: Don’t wait for tomorrow when you can seize today 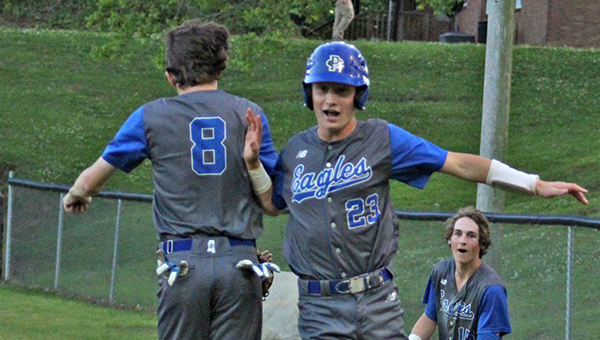 One of the great things about the United States of America is that there is always the dream of a better tomorrow.

Whatever your political leanings, or how we think we should go about making it happen, most of us live our lives with an ideal vision of the future in mind.

The concept extends deep into the sports world as well. This weekend’s NFL draft provides teams with the opportunity and the hope that a new crop of players will bring them a championship. Signing day in college football is much the same.

Dreaming about what could be a few years down the road is great, but it also makes it easy to lose sight of what could be in the more immediate future.

Porter’s Chapel Academy’s baseball team, for example, has no seniors on the roster and a large batch of talented sophomores. Its original goal was a championship run in 2023 or 2024, but it has swept DeSoto School and Calhoun Academy in the first two rounds of the MAIS Class 3A playoffs and is suddenly halfway through the bracket in 2022.

Vicksburg High’s baseball team only has a couple of senior starters and is in a similar situation. It began its playoff run Friday night, in the second round of the MHSAA Class 5A bracket, after winning the Region 4-5A championship.

Warren Central sophomore high jumper Jonathan Henderson and Vicksburg High junior Layla Carter are also in the same boat as they compete in the MHSAA state track meet this weekend.

All of them are enjoying success that might be a bit ahead of their original timeline for it. They should all have more opportunities for it in the future. But they should also be sure to take advantage of it now, because the future is never guaranteed.

One of the dirty secrets of sports is that it takes as much luck as skill to win a championship. Almost every team that wins avoids the bad breaks that doom their competitors, whether it’s an injury, a bad call or a bad bounce. By the same token, plenty of talented teams over the years have wound up on the other side of those breaks and not won.

When you’re young and there is still plenty of future ahead, you can easily dismiss the bad breaks. After all, you’ve got a couple more chances at it.

But another dirty secret — of life as well as sports — is that time passes in a hurry. The sophomore class that looked so good might miss its chance as juniors, and then the pressure is on as seniors. The old rallying cry of, “Wait ‘till next year!” quickly fades into the desperation of a last chance.

So to all of the athletes still competing, or even to the juniors and seniors who can see the end of high school approaching, here’s a bit of advice — don’t take any opportunity for granted. Make good decisions, and make the most of it. Because you never know if you’ll get another one as good as this.