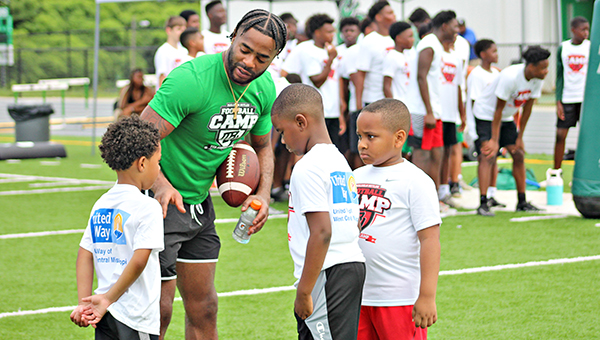 Malcolm Butler has changed NFL teams, but his annual youth football camp in his hometown of Vicksburg will be back the same as ever this summer.

Registration is now open for the 8th Annual Malcolm Butler Football Camp, which will be held July 16 at Vicksburg High’s Memorial Stadium.

Registration is open until June 30, and the camp is free. The camp includes separate activities for players in grades 1-6, and grades 7-12. The younger players will focus on football fundamentals in a lighter camp, while the older players will get more intensive instruction and workouts.

Registration for the Malcolm Butler Football Camp for players in grades 7-12 is available at https://www.eventbrite.com/e/8th-annual-malcolm-butler-camp-tickets-332368682677

Butler, who starred at Vicksburg High, started the camp in 2015 after helping the Patriots beat Seattle in Super Bowl XLIX by making an interception at the goal line in the final minute. He has continued it every year since, with as many as 200 students attending in some years.

The cornerback retired from the NFL days before the 2021 season began, but returned this offseason. He signed with the New England Patriots — the team he won two Super Bowls with before leaving as a free agent following the 2017 season in March.

Butler first played with the Patriots from 2014-17, and then the Tennessee Titans from 2018-20. He signed with the Arizona Cardinals in 2021 but only played in two preseason games with them before his brief retirement.

Butler has played in 100 games in his seven seasons in the NFL, and has 17 career interceptions.