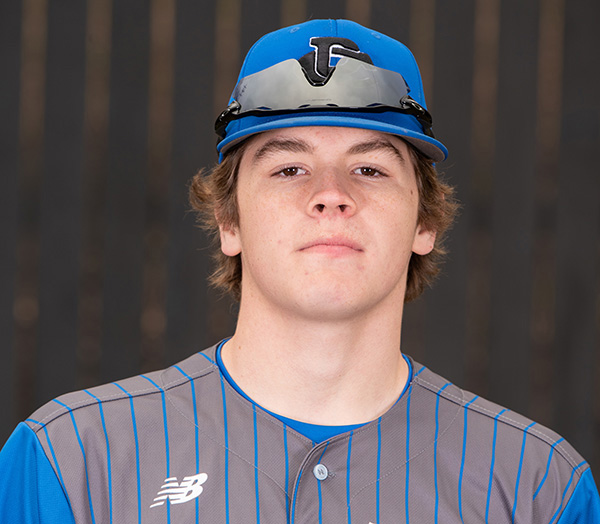 Porter's Chapel Academy's Gage Palmer hit a go-ahead, two-run double in the seventh inning of a playoff game against Benton Academy on Thursday. The hit put PCA ahead 11-9, but the game was suspended because of rain in the bottom of the seventh inning.

Porter’s Chapel Academy is two outs away from forcing a decisive third game in its baseball playoff series against Benton Academy. It’ll have to wait a while, though, to find out if it can get them.

PCA was leading Benton 11-9 in the bottom of the seventh inning when Game 2 of the best-of-three series was suspended because of rain Thursday night. They will resume play Saturday at 11 a.m., with one out and a Benton runner on first base.

If PCA can hang on, Game 3 will be played immediately after the finish of Game 2. Benton won the first game of the series earlier this week, 5-0, so PCA needs to finish this victory and get another to advance to the MAIS Class 3A semifinals for the first time since 2011.

After getting no-hit in Game 1, the Eagles jumped out to a 7-1 lead through 2 1/2 innings Thursday. Benton stormed back to tie it with six runs in the bottom of the third inning, however, and then both teams let one-run leads slip away in the later innings of a wild contest.

The Eagles gained the upper hand in the top of the seventh when Gage Palmer delivered a two-run double to put them ahead 11-9. Relief pitcher Chase Hearn retired the first batter in the bottom of the seventh, walked the next, and then the game was suspended by rain before he could throw another pitch.

Palmer is 2-for-3 in the game — so far — with the big seventh-inning double and three RBIs. Hearn has four RBIs, while John Wyatt Massey and Taylor LaBarre have two hits apiece. LaBarre has also scored two runs.