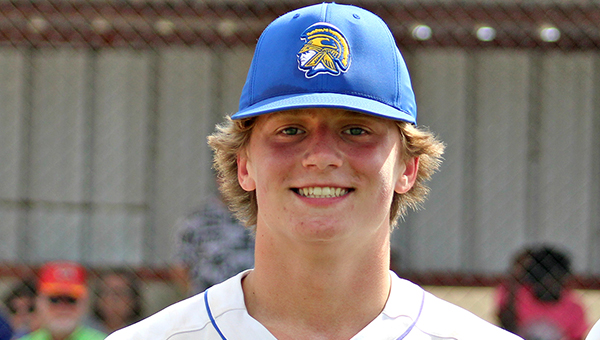 Tallulah Academy baseball player Paul Michael Machen had six RBIs in a 15-1 win over Prairie View Academy on Thursday. Tallulah clinched their MAIS Class 3A quarterfinal series with the victory.

Tallulah Academy cannot repeat as MAIS Class 1A baseball champions this season, but it did move a step closer to repeating as state champs anyway.

Tallulah (17-12) won the Class 1A title last season, but that classification was folded into Classes 2A and 3A this year because of a lack of teams. The Trojans earned their second straight series sweep in the Class 3A playoffs and advanced to the South State championship series next week against Claiborne Academy or Franklin Academy.

Tallulah had to rally late to win Game 1 against Prairie View, but stomped on the accelerator early in Game 2 and never left the outcome in doubt.

Machen drove in three runs with a first-inning triple and another with a second-inning double as the Trojans raced to a 9-1 lead after three innings.

Machen had another two-run double in the fifth inning, when Tallulah scored six runs to go up 15-1.

Morgan pitched five innings and allowed one hit and one walk, while striking out nine batters.