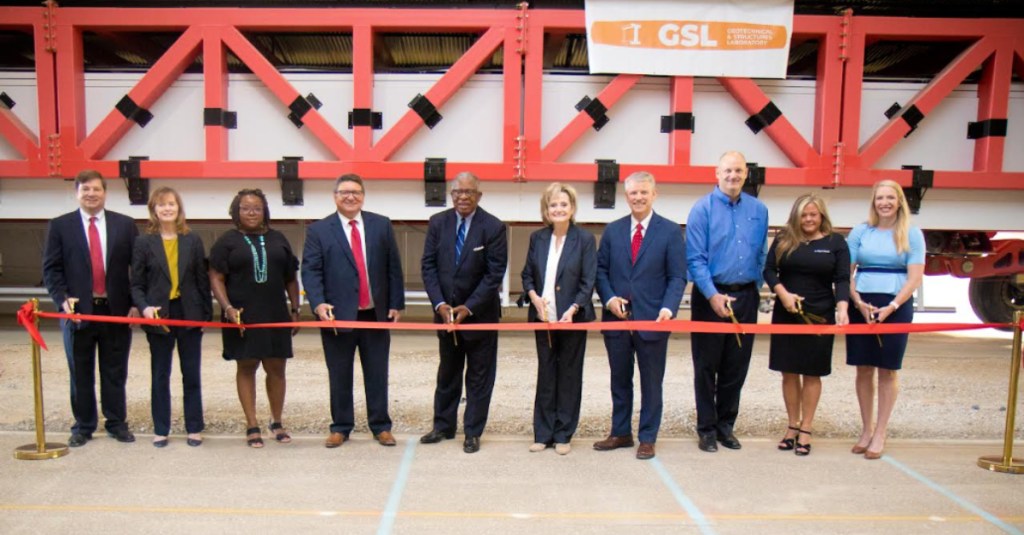 “ERDC’s expanded capability to test and prove better transportation infrastructure techniques will benefit not only our national security, but also states and cities as they ramp up upgrades to highways, bridges, and airports,” Hyde-Smith said.  “I have every confidence in the Army Corps researchers in Mississippi who will put this new heavy-duty simulator to work.”

Assembly of the HVS was completed in March and the ERDC researchers have started using it for testing. The HVS is a critical research tool used to evaluate new materials, design methods and construction techniques that can help optimize new infrastructure facilities.

“The new HVS will allow us to build upon a long legacy of excellence in transportation infrastructure research and keep the Department of Defense, and our nation, ahead in supporting our warfighter and civil works missions around the country,” said Jeb Tingle, senior scientific technical manager from ERDC’s Geotechnical and Structures Laboratory.

The new HVS, nicknamed the Titan, is the world’s largest HVS and has the unique capacity to simulate ground vehicles, aircraft and rail traffic up to 120,000 pounds. Additionally, the HVS is equipped with a powerful climatic control unit capable of maintaining a constant programmable test temperature selected from 20 degrees to 110 degrees.

“The Titan was developed in partnership with Dynatest. This new capability expands ERDC’s ability to support a wide range of unique military vehicles to help develop better transportation infrastructure solutions,” said ERDC Director Dr. David Pittman, who also serves as chief scientist and director of research and development for the U.S. Army Corps of Engineers.