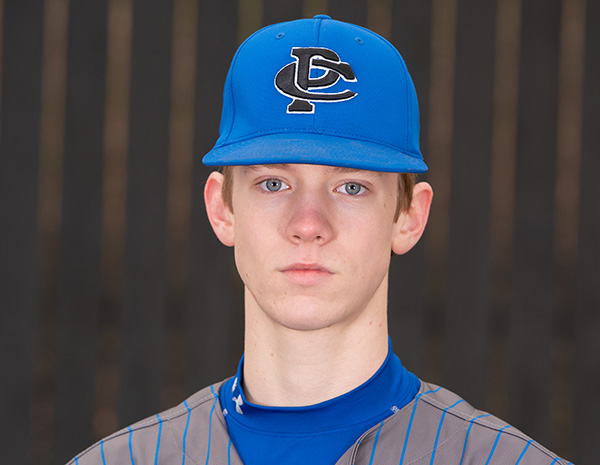 Porter's Chapel Academy baseball player Lawson Selby went 3-for-3 in a 12-3 loss to Benton Academy in Game 3 of their MAIS Class 3A playoff series on Saturday.

Porter’s Chapel Academy managed to successfully walk a tightrope once Saturday against Benton Academy. Twice was just too much to ask.

Two days after Game 2 of their MAIS Class 3A baseball playoff series was suspended by rain, PCA got the final two outs to secure an 11-10 victory. In Game 3, however, Benton scored nine runs in the bottom of the fifth inning to surge to a 12-3 win that eliminated PCA and sent the Raiders on to the Class 3A semifinals.

“You’re right there where you feel you need to be, and seconds later the game is blown wide open,” PCA coach Paul Ashley said. “It’s very disappointing. The score doesn’t reflect how the game went for six innings ­ the two after and the four before. It just slipped away from us right there.”

PCA finished its season with a 17-8 record and its best playoff run since 2011, when it reached the Class 1A semifinals.

That was also the last time the program won a playoff series. This time, PCA won two of them and pushed Benton to an elimination game before bowing out.

PCA has no seniors on the roster, so its entire starting lineup will return in 2023.

“I’m very proud of how far they went, but as we went along I feel like they moved the goalposts a little further for them to reach where we want to be. The whole time I’m telling them how proud of where we are,” Ashley said.

PCA was leading Benton 11-9 with one out in the seventh inning on Thursday night when heavy rain moved into the Yazoo City area and the game was suspended. They picked up the action Saturday morning, and the Eagles escaped a hairy jam to force a decisive Game 3.

Benton loaded the bases and scored one run before pitcher Gage Palmer got a pop out and a ground ball to end it.

That sent the Eagles into Game 3 with some momentum, and they stayed right with Benton for four innings. Laken Bradley hit an early RBI single for PCA, and the game was tied 3-3 heading into the bottom of the fifth — and that’s when things unraveled in a hurry.

Benton’s first seven batters reached base, five of them with base hits. Three more singles later in the inning all brought in runs, and when the carnage ended the Raiders had sent 14 batters to the plate and scored nine runs to take a 12-3 lead.

“It’s 3-3 and everything was going to plan, and then we booted the ball. The next guy got a hit, and then there was a walk after that and a couple of hits. Next thing you know they’ve got nine on us right there,” Ashley said. “You have to be good and you have to be lucky, and I think we were just unlucky through that inning.”

Lawson Selby finished with three hits for PCA in Game 3, while Bradley, Chase Hearn and Zach Ashley each drove in one run.

Benton advanced to face either Tunica Academy or Manchester Academy in the North State championship series next week. PCA will go into the offseason disappointed, but already eager to get working toward taking the next step in 2023, Paul Ashley said.

“We’re on the timeline. I feel like we’re in front of it a little bit,” Paul Ashley said. “We’re going to have to trust the process. We’re not going to come in here and just jump on people, being a young team. We’re slowly working to where we want to be, and this year they exceeded what was expected of them. They’ve really done well.”