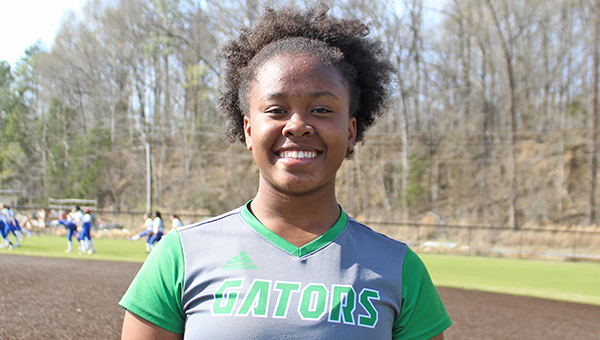 Vicksburg High softball player Trinity McGloster drove in both of her team's runs with a pair of singles in a 10-2, season-ending loss to New Hope in the MHSAA Class 5A playoffs on Saturday.

Zoe Goodman went 3-for-5 with a triple and two runs scored, Adi Dueitt had three hits and three RBIs, and New Hope finished a playoff sweep of Vicksburg with a 10-2 victory on Saturday.

New Hope (20-12) advanced to the MHSAA Class 5A semifinals to face either Saltillo or Neshoba Central next week. Vicksburg (11-15) had its deepest postseason run in school history, reaching the third round, but never got going against New Hope and was eliminated by them for the second year in a row.

After only managing three hits in a 6-0 loss at home in Game 1, the Missy Gators had seven hits and drew five walks in Game 2 but left 11 runners on base. They also committed three errors that led to five unearned runs.

Kensley Woolbright got New Hope going with an RBI triple in the first inning, and then scored on an error for an early 2-0 lead. Trinity McGloster hit an RBI single for Vicksburg in the second, but Dueitt answered with one of her own for New Hope in the third.

McGloster finished 2-for-4 with two RBIs for Vicksburg. In addition to her RBI single in the second inning, she had another in the sixth.