Sports column: Noticing the small moments that we’ve been missing 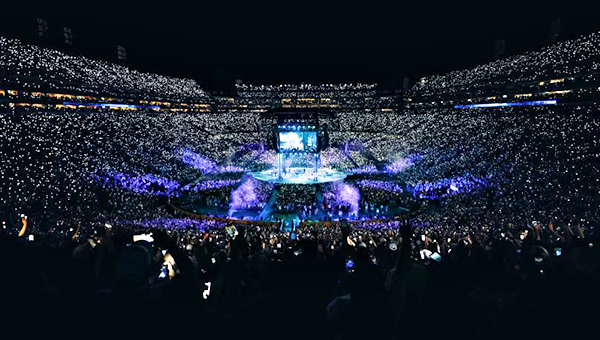 Every time I think the COVID age is safely in the rearview mirror, I seem to get another little reminder of it.

I’m not talking about a news report about the number of current cases, or someone famous testing positive, or even someone I know getting sick. It’s the little things that we’ve missed or skipped the past couple of years that are suddenly back as if they never left.

Last weekend, Garth Brooks played a concert in LSU’s Tiger Stadium. More than 100,000 people were there for certain, and estimates ranged as high as 120,000. When he broke into “Callin’ Baton Rouge” the seismograph on campus registered a tiny earthquake from the crowd’s reaction, just like it famously did in a 1988 LSU football win over Auburn.

Seeing videos of that many people singing together, without a thought of COVID or a care in the world flashing through their brains, brought a tear to my eye. Even though we’ve seen the rebirth of live events over the past year or so, it was one of those moments that hammers home the idea that we’ve finally come out on the other side of this thing.

Closer to home and on a smaller scale, I was updating our local sports calendar recently and added two events to it that have been missing for two years.

Porter’s Chapel Academy’s Bubba Mims Memorial Golf Tournament is scheduled for May 13 at Vicksburg Country Club. The tournament honors the school’s former athletic director and football coach, and was established shortly after his death in May 2004.

It is a fundraiser for PCA and had been held each year until the pandemic hit in 2020. Now it’s back after a two-year hiatus. You can register by emailing PCA athletic director Blake Purvis at bpurvis@porterschapel.org.

The other event is City Pool’s Learn to Swim classes. They are low cost lessons — for $15 you get at least eight during a two-week session — that teach children and adults alike the basics. It is, quite frankly, one of the most valuable services offered by our city’s Parks and Recreation Department.

The return of the golf tournament and swim lessons, like the Garth Brooks concert, won’t move the needle on a national scale when it comes to our mental recovery from the pandemic. That might be years down the line still, if it ever comes for some people.

What they are, what they should be, are small personal moments when you stop and think, “Wow, I missed this.” When you realize, once again, what normal feels like. When the wheels of society start turning again.

Those are the moments we should all be living for. Get out there and grab them.