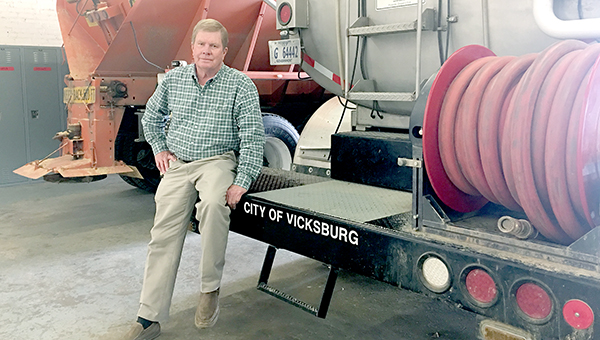 Vicksburg officials will be taking a second look at a proposed street paving plan in the wake of an Environmental Protection Agency mandate requiring cities to remove and replace lead waterlines.

The Board of Mayor and Aldermen in February 2021 approved a total of 30 city streets to be paved — either a full street or street section — as part of a proposed $4 million paving plan.

“We’re going to identify the streets we know we can pave,” Van Norman said. “We can’t do anything downtown or where there are old service lines. It’s a lot of streets; most of Vicksburg has old pipes in it. We’re not going to pave those streets.”

“It wouldn’t be cost-effective to pave the streets and then have to tear them up again later,” Mayor George Flaggs Jr. said. He said the lead pipes do not pose a health hazard, saying the city tests the water for lead levels. “We are good,” he said.

At this point, Van Norman said, city officials are not sure how the lead pipes will be located.

“We’re probably going to look at the meter boxes and see if there are lead service lines coming in,” he said. “If there are we’ll have to dig them up and replace them. That’s (replacing the lines) going to be astronomical.”