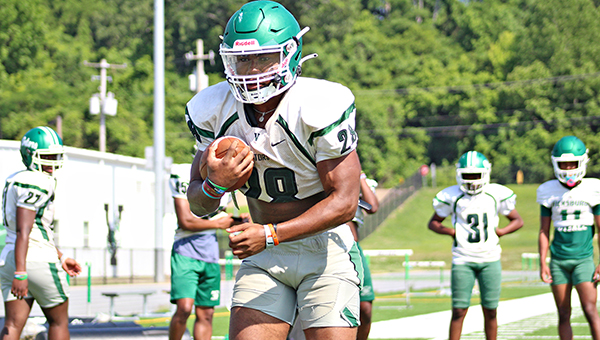 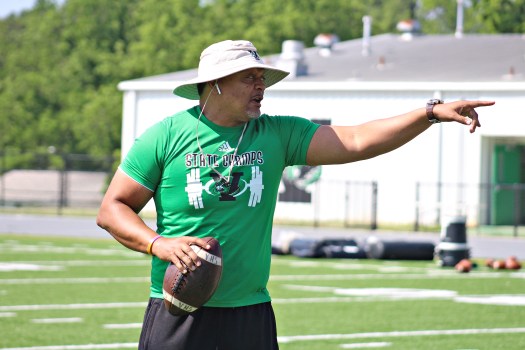 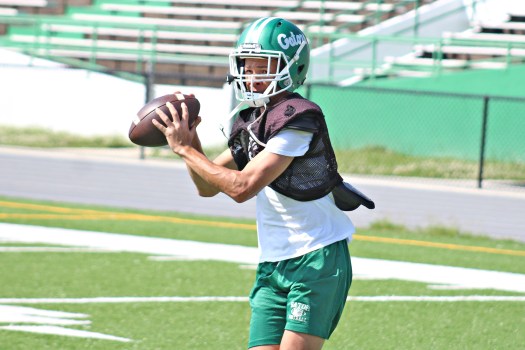 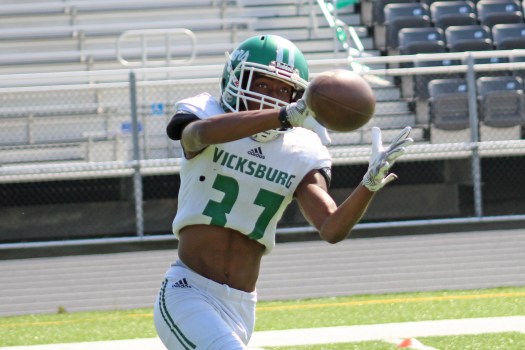 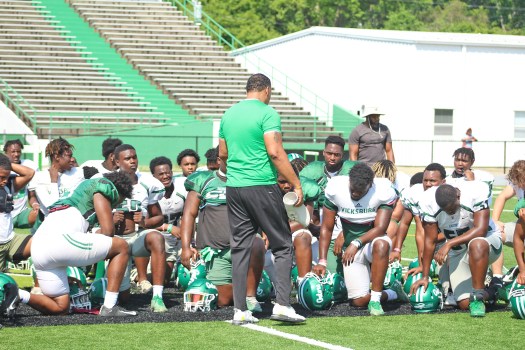 Spring football games do not count in the standings. No official stats are kept, and the focus is on player development and evaluation instead of the scoreboard.

“It’s always been important to me. A lot of guys try to shrug it off. Put it like this — I’ve never lost one,” McDaniel said with a smile. “I’ve never lost a spring game or a fall jamboree, because it’s very important. It’s to carry that momentum into the summer, and into the season. We want to go out and have a good showing.”

McDaniel’s Gators will hit the field for the first time in 2022 when they host Terry Friday at 5:30 p.m.

The teams will start with two quarters of junior varsity football played with a running clock. The varsity will hit the field afterward and play two quarters with normal timing rules and no special teams.

It’s the conclusion of the month-long spring practice period, and a chance for the Gators to get a first look at what they hope is a team that will be remembered for years.

Vicksburg finished 7-5 in 2021, and only lost a handful of seniors. The core of the team is still juniors entering their third year as starters, the result of McDaniel’s decision in 2020 to build for the future.

There are some fresh faces — most of the offensive line is new — but the Gators have high aspirations heading into the summer and then the season opener against Germantown on Aug. 26.

McDaniel, though, said the vibe of every team is different regardless of how many players are returning and the spring is an important time to suss out all that has changed in talent and attitudes.

“We want to be able to go out there and see our new team,” McDaniel said. “Regardless of what happened last year, this is totally different. This group of guys is going to be better at certain things. We just want to see where we’re at.”

One thing McDaniel said he hopes to be better at is throwing the ball. Quarterback Ronnie Alexander, along with receivers Tyler Henderson and K.D. Sims, are among the returning players. McDaniel’s Wing-T offense relies heavily on the run and doesn’t throw a lot, but he said he might open it up a bit next season because of the talent available.

“As a coach we want to hit everything. The basic fundamentals of the game and the base schemes we want to run, and then add a few little things here and there,” McDaniel said. “I think we have two really good receivers and a good quarterback coming back, and a solid running game. So we want to add a few things to our arsenal.”

Building depth and skill has been a focus for the Gators, just like it is for every team. The other returning players include cornerback Jaleel Fleming and defensive lineman Caleb Bryant, who have both received numerous scholarship offers from Division I colleges.

Although they’re ready to face someone else, McDaniel said playing their own talented teammates every day has sped up the development of everyone.

“Our offensive line, we’ve got a bunch of young guys up there. If they can consistently block our defensive line they can block anybody,” McDaniel said. “They’ve done a good job. They’ve grown up a lot, too.”

As they wrap up the first phase of the offseason, McDaniel was pleased with the Gators’ progress.

“The spring is to make sure we’ve got depth, so when those guys leave the next group comes along. We want to establish something that’s going to last for a long time. We want to build a real program. Right now, we’re on the right track.”