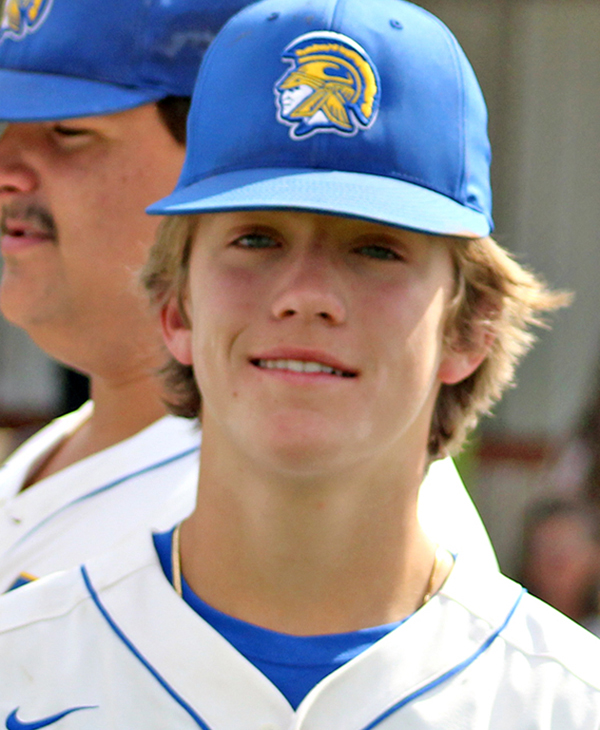 Tallulah Academy baseball player Hayes Hopkins was 2-for-4 with two RBIs and three runs scored in an 11-9 loss to Claiborne Academy on Thursday in the MAIS Class 3A playoffs.

Claiborne Academy scored five runs in the fifth inning to break open a tie game, and then held off a last-ditch rally to beat Tallulah 11-9 in Game 2 of their MAIS Class 3A baseball semifinal series on Thursday.

Claiborne finished a two-game sweep of the best-of-three series and advanced to the Class 3A championship round next week against either Manchester Academy or Benton Academy.

It’s the third time in five seasons that Claiborne has eliminated Tallulah in the semifinal round of the playoffs. Claiborne also beat the Trojans in 2018 and 2019 on its way to back-to-back Class 1A championships. Tallulah won the Class 1A title in 2021.

Claiborne also beat Tallulah (17-14), its District 5-3A rival, for the fifth time in as many meetings this season. It won Game 1 of this series 7-4 on Tuesday, and then used a pair of errors and four hits — including a solo home run — to take an 11-6 lead in the fifth inning of Game 2.

Tallulah clawed back two runs on a single by Dee Morgan in the bottom of the sixth inning, and another with an RBI double by J.T. McDaniel in the seventh to cut it to 11-9.

McDaniel’s hit brought the tying run to the plate with no outs, but the Trojans couldn’t put any more on the board. Two consecutive strikeouts and a groundout to third ended the game and their season.

McDaniel finished with two hits and an RBI, and Morgan was 2-for-4 with three RBIs for Tallulah. Morgan also pitched 2 2/3 innings of scoreless relief and ahd four strikeouts.

Hayes Hopkins went 2-for-4 with two RBIs and three runs scored, and Landry Tweedle had two hits and scored twice.