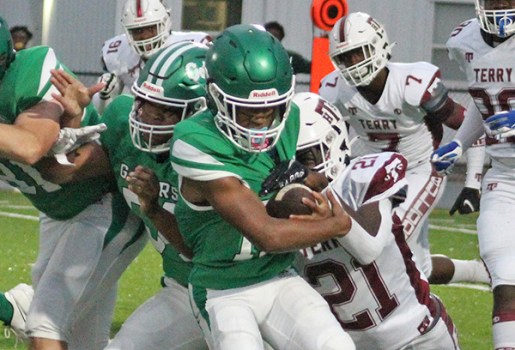 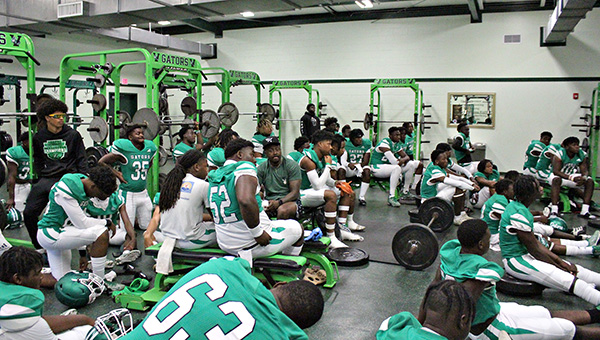 Vicksburg High's football team waits in the locker room for the start of its spring game against Terry on Friday. (Ernest Bowker/The Vicksburg Post) 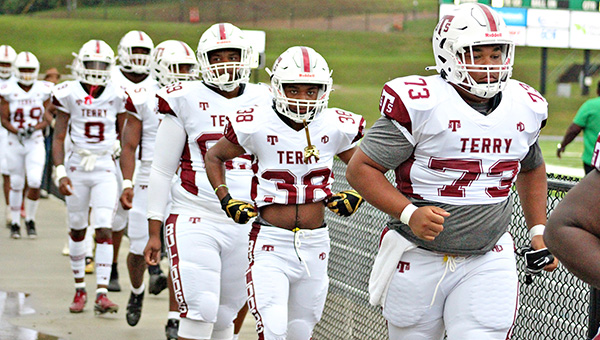 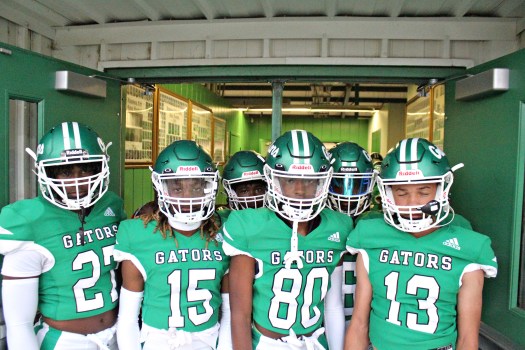 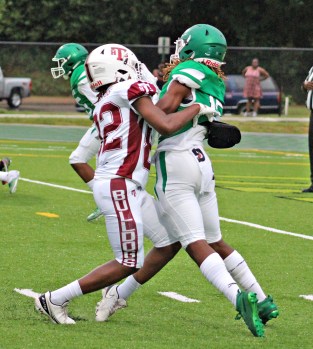 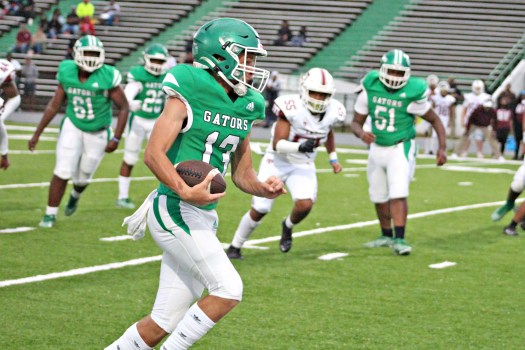 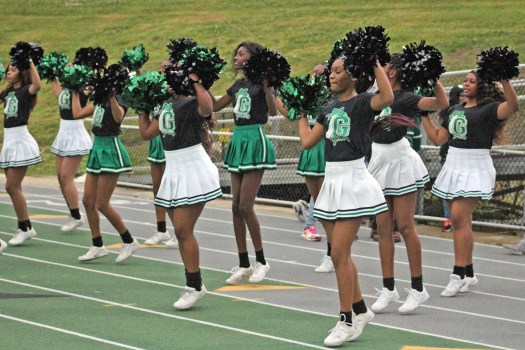 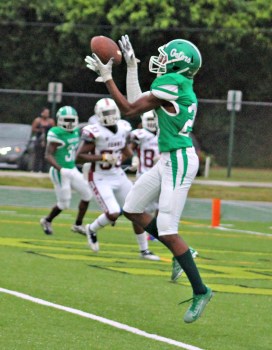 With a half-dozen college coaches roaming the sideline and a decent crowd ready to cheer on their team, there was some electricity in the air for Vicksburg High’s spring football game on Friday night.

A bit too much, as it turned out.

Vicksburg and Terry made it through half a quarter of their varsity scrimmage at Memorial Stadium before it was halted and eventually called off because of lightning. The cancellation followed another hourlong weather delay before the game.

“We can’t be mad about God’s work. We had a really good spring. You could really see the defense was hitting on all cylinders, the offense was rolling pretty good. We just didn’t get the opportunity to finish it,” Vicksburg head coach

Todd McDaniel said. “But the most important thing is to look at the big picture. We didn’t get anybody hurt and we go to the summer fully healthy.”

Neither team got much work in. Terry got the ball first and picked up 24 yards on a broken-play scramble by quarterback Carlos Sanders, but had a total of minus-9 yards on its other five offensive snaps. Vicksburg’s Demarcus Johnson sacked Sanders to end the series.

“I loved what I saw. I saw a lot of aggression,” McDaniel said. “We had two (defensive) starters sit out the game, but the guys that were on the field attacked it and got at it. They dominated those two series.”

The Gators then got the ball at their own 20 and moved it just across midfield before the game was stopped with 6:46 remaining in the first quarter.

The players were sent off the field a couple of minutes later as thunder rumbled and lightning flickered in the sky. About 10 minutes after that, with a likely one-hour delay looming, the decision was made to send everyone home.
Collin Johnson had 22 rushing yards on two carries for the Gators in their five-play possession. Malik Montgomery carried twice for six yards and Cedric Blackmore once for five yards.

“We probably had one play that got back to the line of scrimmage, but every other play we saw seams for the backs and good blocking, and were good coming off the ball. We had five plays, but I liked what I saw in those five plays,” McDaniel said. “Our defense dominated us all spring. Iron sharpens iron and it actually made us a better offensive football team. We were able to go out and handle other people.”

While the varsity had its game cut short, the junior varsity got all of its work in. Each JV squad ran about a dozen offensive plays starting at the opponent’s 40-yard line in the first half of the scrimmage.

Vicksburg dominated on both sides of the ball and won 28-0. Maurice Taylor returned an interception 100 yards for a touchdown, quarterback Mincer Minor ran for 49 yards and two touchdowns on only three carries, and Bobby Taylor scored on a 22-yard run.

Vicksburg ran 16 offensive plays — three resulted in penalties — scored three touchdowns and racked up 152 yards. They had seven runs of 10 yards or more.

“I was happy about my JV. They went out there and really did a great job,” McDaniel said. “They scored 28 points and the offense was looking real good. We were getting our mojo. I’m happy about where we’re at, but I know there’s still a lot of work.”

Even with a limited look, McDaniel said he was happy with what he saw and is excited for what’s ahead.

The Gators are coming off a 7-5 season in 2021 and their first playoff victory in 13 years. They have nearly every key starter returning, including defensive end Caleb Bryant and cornerback Jaleel Fleming — both high-level Division I prospects — starting quarterback Ronnie Alexander and three starting running backs.

The Gators open the 2022 season on Aug. 26, in the Red Carpet Bowl against Germantown.

“We didn’t get an opportunity to finish it, but I liked our chances of coming out on on top,” McDaniel said. “It is what it is. We’re just going to come back and go to work. I’m happy with what I saw.”

Two other Warren County teams were scheduled to play their spring games Friday as well, but only one did. Warren Central held on to beat Lafayette 20-19 in a four-quarter scrimmage at Delta State University.

St. Aloysius was supposed to play Central Hinds, but their game was postponed by the same lingering late-afternoon thunderstorms that affected most of Central Mississippi on Friday afternoon and evening. The game was rescheduled for Monday at 4 p.m. at Central Hinds. 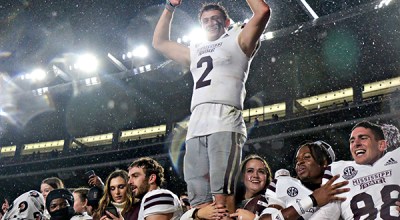