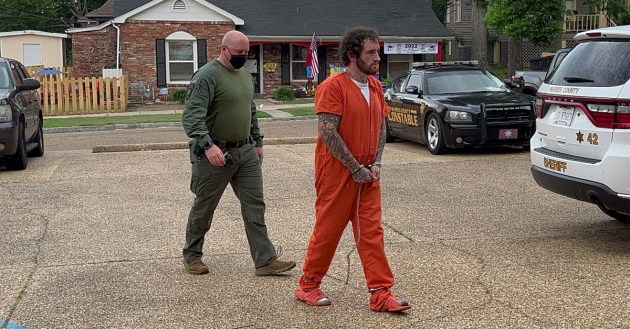 Joshua Rush, 37 of Vicksburg, is escorted into the Warren County Justice Court on May 13 for an initial appearance. (Photo by Anna Guizerix) 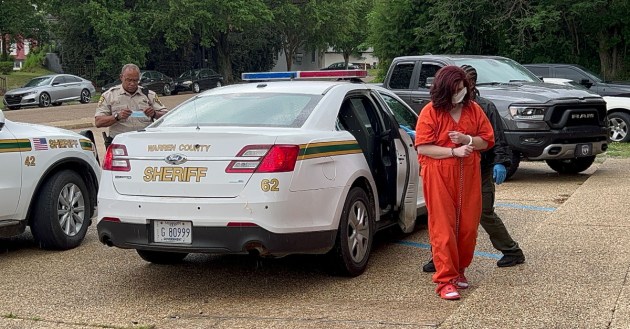 Cassidy Gurley, 41 of Vicksburg, is escorted into the Warren County Justice Court on May 13 for an initial appearance. (Photo by Anna Guizerix) 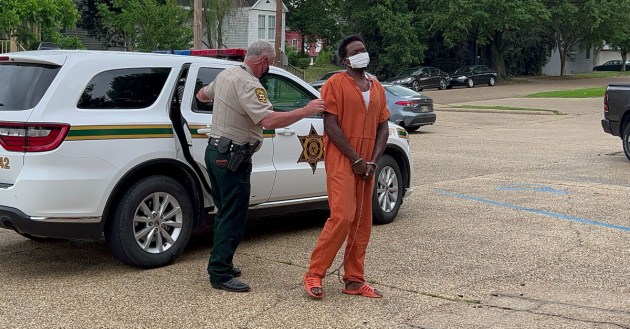 Joseph Terrell Kelly is escorted into the Warren County Justice Court building on May 13 for an initial appearance. (Photo by Anna Guizerix)

Two people are in custody following an early morning search warrant executed by the Warren County Sheriff’s Office in cooperation with the Vicksburg Police Department.

At approximately 6 a.m. Friday, officers with both agencies served a search warrant at a residence in the 100 block of Herrod Street in Vicksburg, according to sheriff’s office reports.

From that search warrant, Joshua Rush, 37 of Vicksburg, was arrested and is charged with being a convicted felon in possession of a firearm.

Sheriff’s Office investigators recovered a .22 caliber rifle in Rush’s possession, Sheriff Martin Pace said. Rush was on parole and is being detained on a hold by the Mississippi Department of Corrections.

Also arrested as a result of the operation was Cassidy Gurley, 41 of Vicksburg, who is charged with possession of methamphetamine. During the search, officers recovered just under 2 grams of meth, Pace said.

Rush and Gurley had their respective bail amounts set at $5,000, but neither are eligible to post bail, because Rush was on parole and Gurley was on probation at the time of the arrests.

The investigation is continuing with officers from both agencies.

In other reports, the driver of a 2008 Cadillac SUV that was reported stolen in Jackson has been arrested and charged by the Warren County Sheriff’s Office.

Joseph Terrell Kelly, 39 of Jackson, was arrested Thursday after leading officers on a chase when a routine tag check by the Clinton Police Department showed the vehicle as being stolen. By the time the Clinton Police officer reached the car, however, it was outside the Clinton city limits.

Kelly had an initial appearance in Warren County Justice Court on Friday morning, where he was charged with possession of stolen property. His bond was set at $10,000 by Judge James Jefferson.

Pace said Warren County Sheriff’s Office investigators have provided information to the Jackson Police Department, but they have not responded to inform the sheriff’s office if they intend to charge Kelly with auto theft.