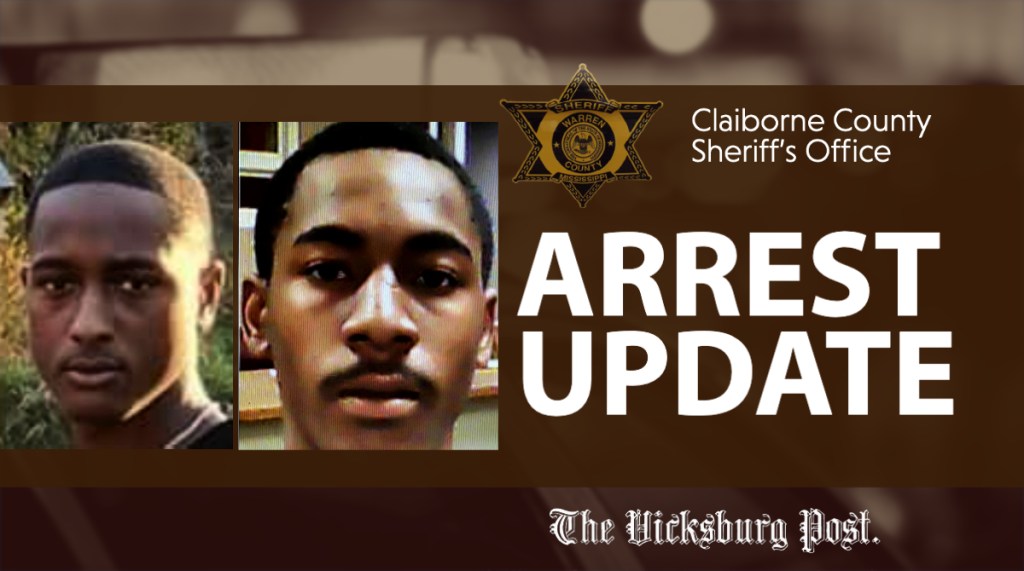 Two Claiborne County men were arrested following an afternoon shooting on May 12, with more arrests pending.

According to sheriff’s office reports, at approximately 3 p.m. that day, deputies responded to reports of shots fired at the Fairgrounds, 1120 U.S. 61 North, in Port Gibson.

The 911 caller stated that one subject had been shot and was transported to the Claiborne County Hospital by personal vehicle.

Within hours, Claiborne County Sheriff Edward Goods along with his deputies were able to locate and arrest Jamarcus Hamlin and Tyrese Craft and charged them with aggravated assault.

This case is still under investigation and additional arrests are pending.